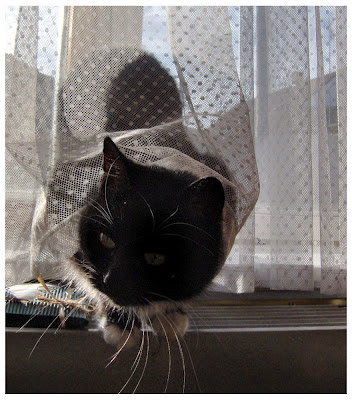 An old picture of Bisha


Found an antique prayer book lying next to a revolver and a box of cartridges on a shelf in a friend's old flat. They just ended up randomly that way, together with some stones, a sea shell, a map of the Slovakian Tatra mountains and a small bronze Nefertiti bust.
Such a carefree approach to a gun may seem dubious. But knowing that, in the Czech Republic, the keeping of a gun is licensed, knowing that the owner has the licence and simply knowing the owner, it all fits together and makes perfect sense. Stones and sea shells and maps and bronze busts and prayer books and guns can all sit on a shelf together in companionable abandon. There's no need to glorify or villainise the gun; it just is.

The top of our old car, which we don't really use anymore, serves as the perfect sunspot for our Ksis.
Ksis ("Ksinky" in Czech) are the cats, Yksi and Kaksi. Kaksi was staring at me with her slanted eyes, and I was staring at her, slanting my eyes in the sun in return. Yksi is lying, probably sleeping, and ignoring all of the human world. Sun is a cat's best friend.
Before them, we had the Išky, Lisha and Bisha. Lisha - Liška - was named so because she resembled a curious little foxling when we got them as kittens. Biška was named so to rhyme with it, because they looked so similar. Also, "biša" was a word our small cousin used to say a lot. A word without meaning which gradually got a very special meaning with our black and white one.
Now we have a new generation of similar black cats. And just like the previous generation, they are actually not similar at all. Each cat is an individual.
Kaksi is the Cuddly One, the Jostling One, who loves hitting into you with her head, is not particularly keen on caressing but loves to be rubbed, can't stay in one place for a minute and keeps digging her claws into you when cuddling. We also call her Binturong. She looks like one in her winter coat.
Yksi is The Penetrator. This winter, she seems to have forgotten her door trick, but she keeps trying to get inside all the same. And once she's inside, she is often at a loss for what to do there. Yet she isn't able to just leave again. She will sit in front of the door, all of her appearance suggesting she wants to go out, and when you open the door, she bolts away. Kaksi, on the other hand, is very focused in this aspect. When she wants to go out, she goes out. But she can't seem to stay in one place for a minute. When Yksi lies down on the couch, she'd be able to stay there all night.
When you want to get rid of the cats and take them away, do not pronounce the word "take away". They will understand, and hide under furniture.

I saw a spotted woodpecker and a pair of jays on Friday. Saturday morning, birds were singing. This morning, it was about -5 degrees Celsius. Now sun is shining and it's 8 degrees. The cats have left the car to pursue further feline adventures. I'm eating yoghurt with blueberry jam and in spite of various bad things, life is good. I love early spring. 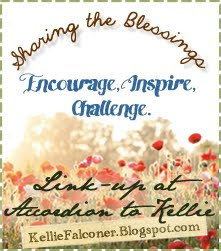