Look what I've got! - the supplies edition; A 1930s tidbit and a giveaway at Brambelwood Fashion

(Don't you love long post titles? And posts with lots of tags? I've introduced a new one, "Blog events", to keep track of that kind of posts.)


If you're long-time readers of my blog, you might remember that some time ago, I wrote these bragging posts about things I got from my Wonderful Crafty Grandma TN (taboo name).


I realised there were many things I have not shown you yet. Some of them because I have not taken pictures of them yet, some - like these spiral bones - just because I forgot I have not written about them yet. 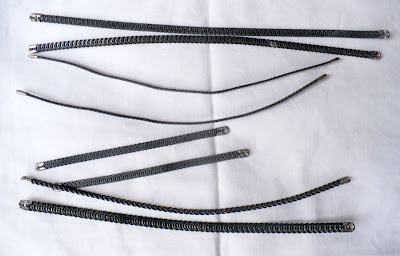 So here: spiral bones, apparently taken out from some sort of garment - guessing by their lengths, it was probably some sort of Edwardian bust enhancer. Because that's about the time grandma estimated their age at. 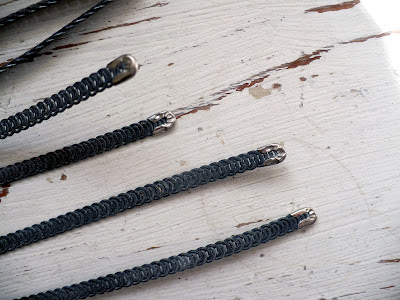 They're kinda aged, but not rusty at all. I may be able to use them again.

And here's a buckle - probably mother-of-pearl? Or is there a way to fake that? Not that I care that much either way. Again, taken from a garment it originally was sewn to. 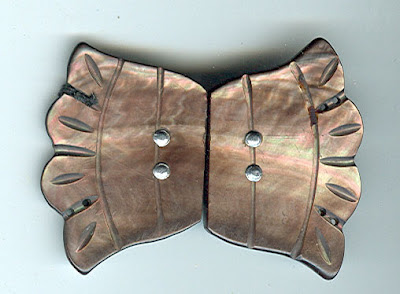 I'm not sure why, but this very much puts me in mind of a 1940s evening cape or dress with a slit neckline. It'll probably be the dress - I have no use for an evening cape! But it will have to be wool crepe. That's just the way it is in my mind. Getting quality wool fabric in the colour I have in mind won't be fun... so it will take time. 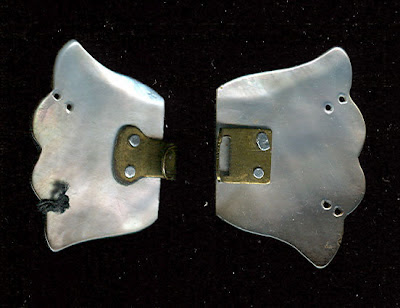 I'll show you more of my little treasures later. With an intermission post explaining the difference between crochet and bobbin lace. You'd think it's obvious. By the number of bobbin lace I've seen described as crochet online, I guess it's not. Thus, a post on the subject. 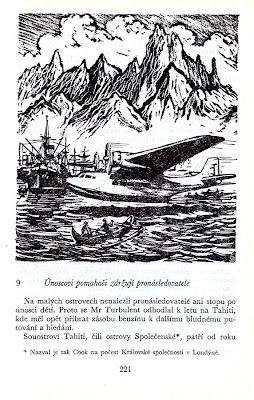 
Also, somewhere in the meantime I'll probably post some things to go with the blog event at Brambelwood fashion. Today, we were supposed to write a research post on a 1930s subject. I could not really come up with anything worth the name "research", though.

So here's my tidbit, which is not quite historical, rather literary... but hey, it's from 1930s. And there is history, as you will see.

You see, this week I re-read two books (published in one in my 1976 copy) by Czech writer František Flos, who wrote adventurous books for children and is considered one of the first to write such in Czech. They're not just adventurous books, though - these particular ones, Albatros (1935) and Nad Tichým oceánem ("Above Pacific Ocean", 1938), include lots of geographical and biological and cultural info. So, in a way, the books are a product of their age - and their writer's job, because Flos was a teacher - being educational, not just for fun.

But I know I did not mind when I was younger - I actually loved it, because it's not as winded as it sometimes gets in older books, and you almost get a feeling of really being there, as in a documentary. All the while Flos never visited the places he wrote about! Also, there is the historical background as well - a bit of it - you learn which Pacific islands belonged to which colonial country, and the growing tension between Japan on one side and Britain and USA on the other is hinted at. Flos proved to be a bit of a prophet there, suggesting that Japan would surprise Britain and the USA in the Pacific ocean... It's the sort of thing you only realise as an adult, and only if you know when the book was originally published.

(And it goes to show what C. S. Lewis wrote, that, really, the only children's books worth reading are those you enjoy as an adult as well. These are definitely such books.)


Ashley is also hosting a giveaway of modest swimwear. Isn't it wonderful that there's a company selling that? I always feel self-conscious in my swimwear. :P My sister partly solved that by wearing a choli. But a swimdress? What a nice idea!
Vystavil Hana - Marmota v 20:20