There are much more 1940s magazines in the stack I borrowed from my aunt, but most of them are larger than our scanner. This one mostly fit; even then, some of the pictures are put together from two scans.

This one is also cute. (Most of the 1940s German magazines from Germany have rather boring, war-time clothes.) And it's also one of the few with an intact pattern sheet. 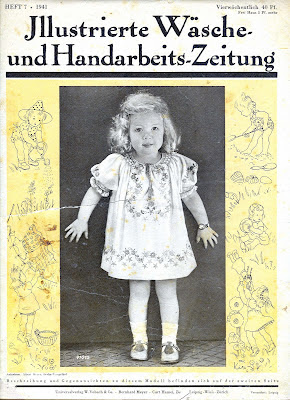 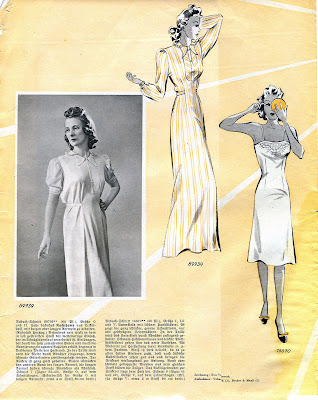 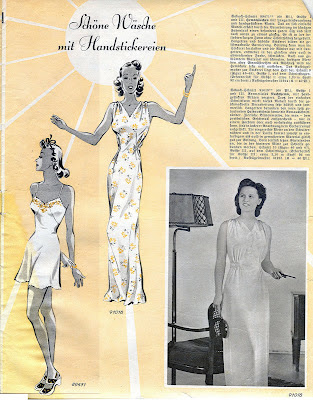 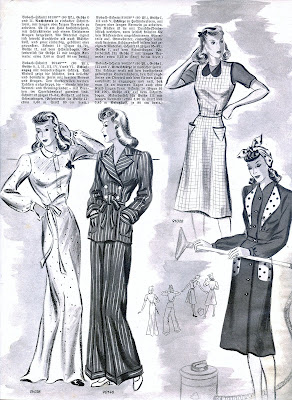 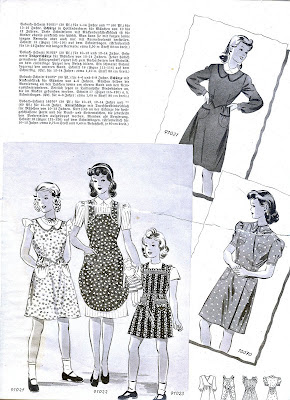 So yes, I may be able to sew some of these. 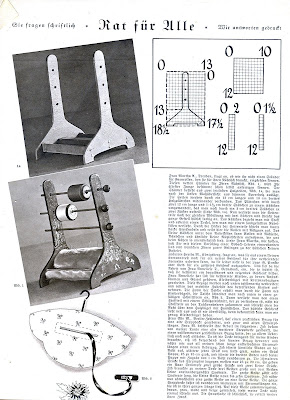 I'm not going to make this, though. The magazine has several such projects, which pretend to be practical, and seem to me to be actually not. How many spools of thread can you put on that thing? It might have worked in the 1940s. It would not work for me now; I have 3+ boxes of thread.

But the wooden spools are lovely. I got several such old spools from my grandma. Currently, they're still storing the original threads; when that is gone, I look forward to using them similarly to Anna. 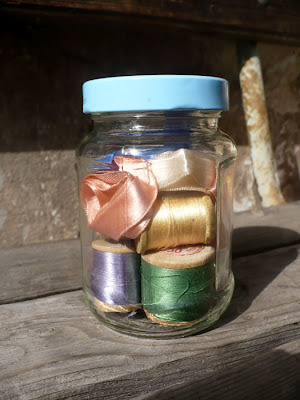 I don't know how old these are, but they could easily be from the 1940s! (Although they're probably not.)