A 1935-ish hairstyle for long hair

I had always thought that I could not do 1930s with my long hair. Until I saw the 1935 Czech(oslovak) comedy Ať žije nebožtík ("Long Live the Dead Man") and squeeled in delight over Adina Mandlová's hairstyle there. 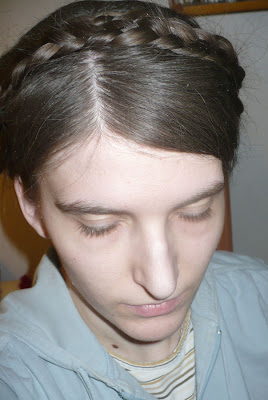 Hairstyling has never been my strong suit; I only came up with this on Tuesday and it still needs to be perfected; it's also not quite the same as the hairstyle in the film. I have no idea how to achieve those waves without some fancy equipment, for one thing.
And I'm very much indebted to all those hairstyling tutorials I've looked through and watched over the time, particularly to Gertie's Heidi braids tutorial - this is just a variation on that, so I suggest you watch her tutorial to get a better idea of what's going on here. As I said, hairstyling has never been my strong suit. :-)

You only need a comb, hair elastics (some thinner ones) and bobby pins for this. (At least, that's the basic set up - you may want to use other things, like some hair gel for keeping your hair tidy, if you know how to work with them. I don't.)

You start by dividing your hair into four portions. Comb and clip back the front two. Divide the two back portions into three sections again and braid, always starting with the inner section (left for the right braid, right for the left braid) and braiding towards the front. This may seem trivial, but it later helps the crown lie smooth against your head. 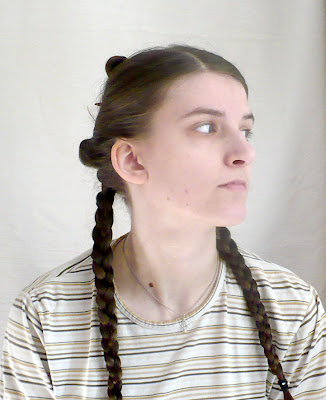 Tie off with hair elastics. Now watch Gertie's tutorial if you haven't already and create a braided crown on top of your head following her instructions.

Or just pin it as seems natural to you. 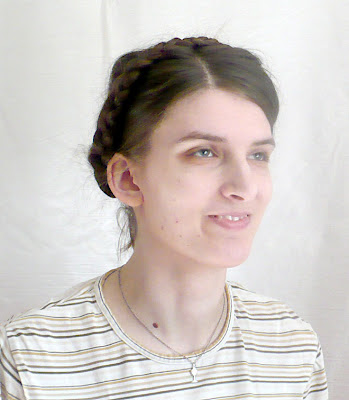 Now it's time to work the originally front, now back, portions.

(I tried to photograph it, but it did not show. Photographing a hairstyling tutorial with self-timer is one of the craziest things I've done to date. Particularly because every time I was taking a photo, I had to squat down in front of the camera, because it was lower than my head. I don't know what I would have done without a tripod. Given up on the tutorial, most probably.) 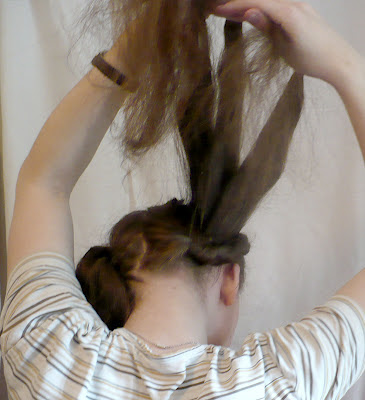 Do not braid up, though - that was just to show the three sections for a visual backup. Braid down, at least the beginning of the braids (I do find it easier on my arms to braid the lower portion of a braid up). All this, again, will help the braids lie smoother against your head.

And now the fun part: the bun at the nape of the neck is simply a knot. 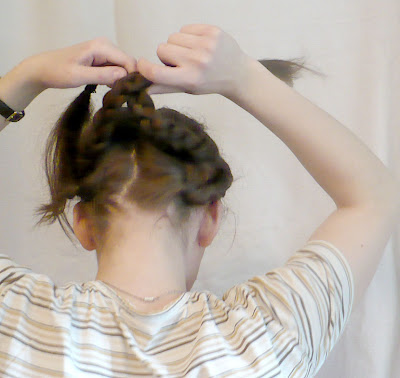 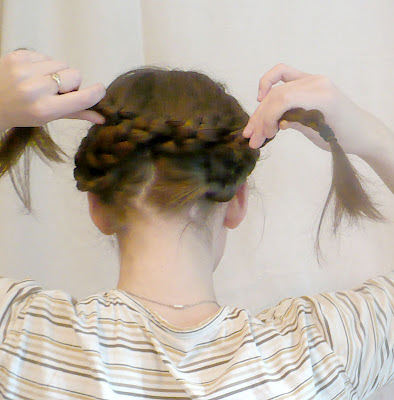 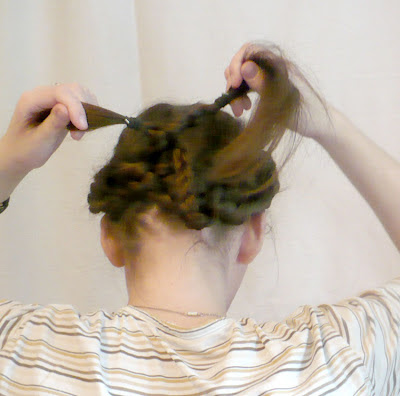 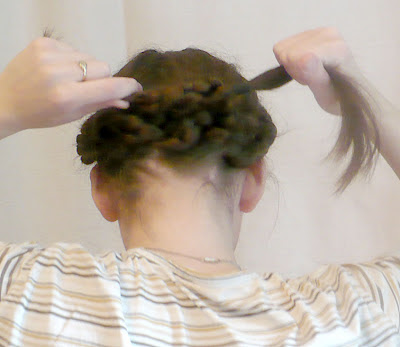 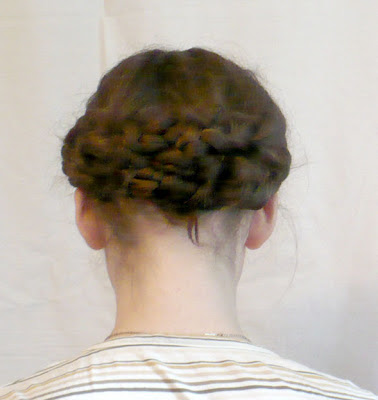 Tie a knot, tuck the loose ends underneath and pin in place (four, one from each "corner", suffice for me).

It looks rather messy on the photo... as I said, it needs perfecting. I suspect Adina Mandlová's bun was made differently. Any better ideas?

But in spite of the shortcomings, I already love this updo. It's better than the plain Heidi braids for me - the crown is not so thick, it lies smoother against the head and is easier to pin in place. And it can be varied into a Regency-style updo! Which I will show you one day, too.

It has only one shortcoming that cannot be perfected with time: because of the crown, I cannot wear my hats with this updo.

But it's still fun. 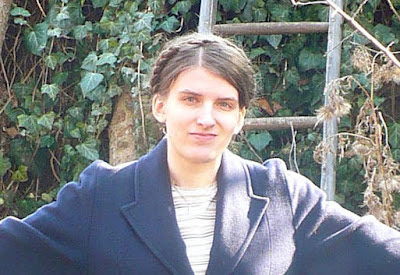