It would seem every single Czech 1930s comedy was a comedy of errors, mistaken and assumed identities... which is something I bear badly. (And the first Shakespeare I ever read was Comedy of Errors: go figure...)
But there are still some where I don't mind it, where there's a lot of hillarious situations and lines, and good actors and pretty clothes (of course); in short, some I love.
This is one of them.

It also features two of the three most prominent actresses of the time: Nataša Gollová as a young lady eager to re-marry so that she could change her name, Smutná ("Sad"). 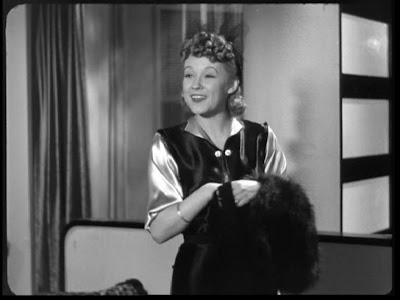 (Who usually looks much prettier and/or cuter than here. This hairstyle is so not her.)


And Lída Baarová, as a 17th century painting come alive. 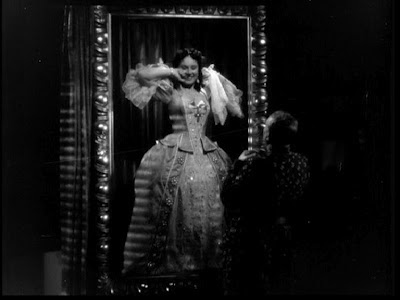 And Oldřich Nový as a well-off lawyer/public notary in charge of an inheritance procedure, charged with keeping the painting, then forced to keep the lady and pretend she's his niece from the fictitious country of Hellianda; and plagued by eager-to-marry local ladies.

So yes, it also involves a 1939 version of 17th century costume. 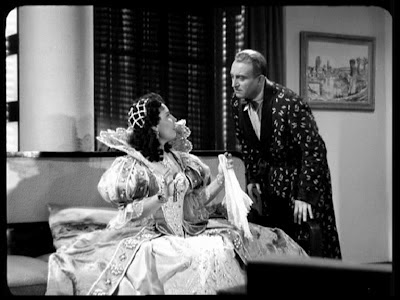 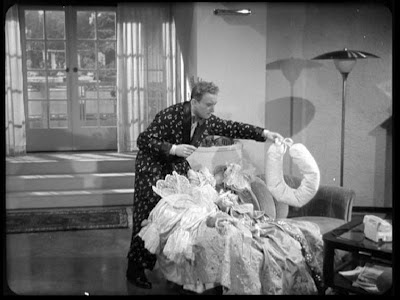 And a lot of hillarious absurd situations springing from the incongruency of different eras. 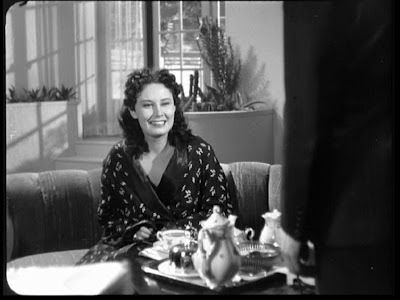 Asking for "good old Czech breakfast, just a bit of soup, eggs, fruit and a cut of ham," or something along the lines of it. 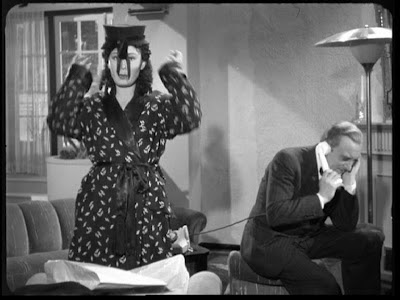 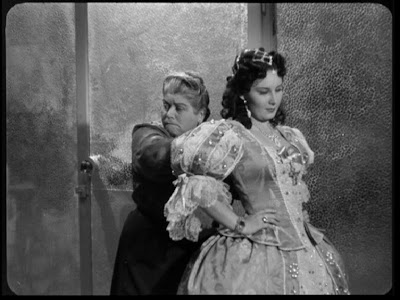 Being dressed by a 1930s housekeeper (who approves of good old Czech breakfasts). 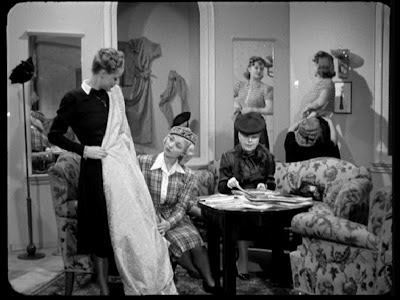 While the town ladies are gossipping with a seamstress in her salon, preparing for a ball thrown by the new owner of the chateau. 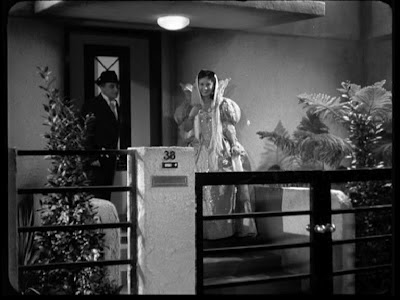 Going to the ball, the girl in blue refuses to sit in a car and insists on a carriage drawn by real horse(s). 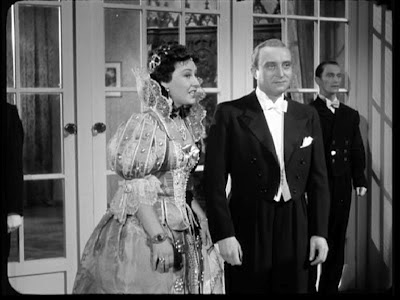 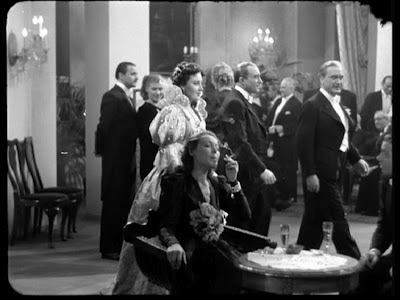 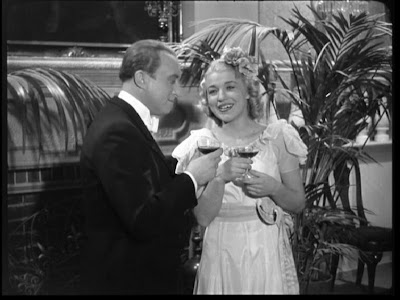 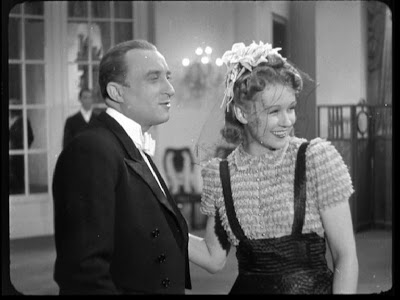 The girl in blue leaves a lasting impression on the ball... resulting in a string of suitors. Some more daring than others. 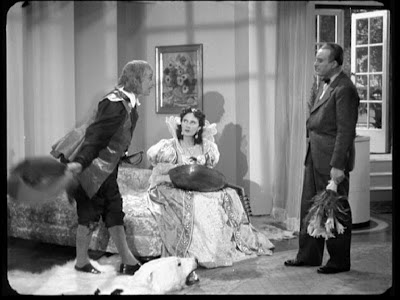 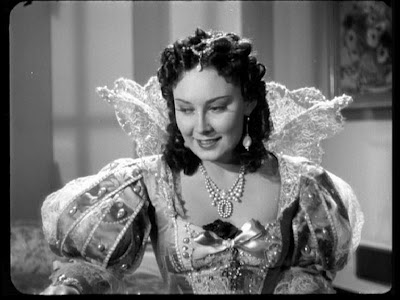