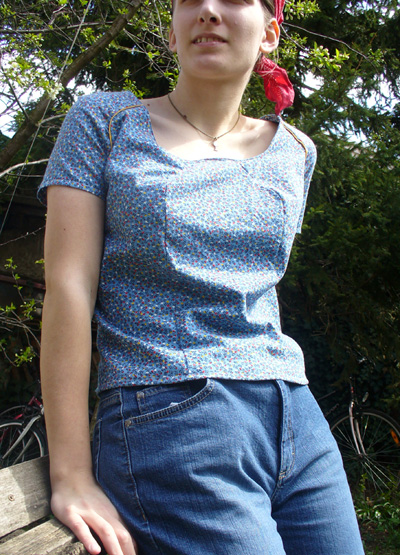 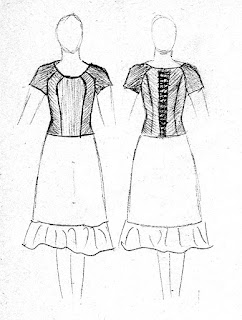 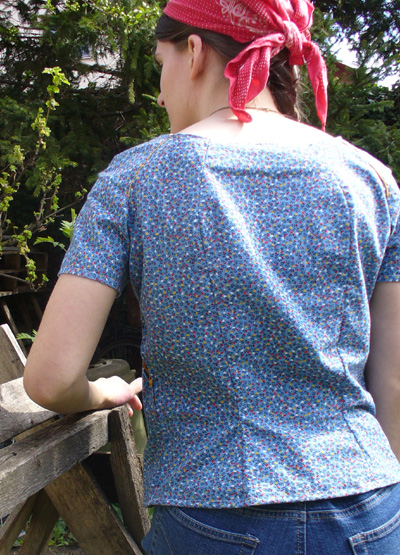 The blouse used to have a record on the BurdaStyle site, including a single-size PDF download of the pattern, but as I said, that is now gone, and the record only lives on in the Wayback Machine  - without the PDF (and including my early confusion concerning invisible zippers if you go further back in history :D - it was a regular one). Plus there's my old Czech blog post - now picture-less. ETA: Actually, now that blog is gone, too (the platform is gone), and only lives on in the Wayback Machine. 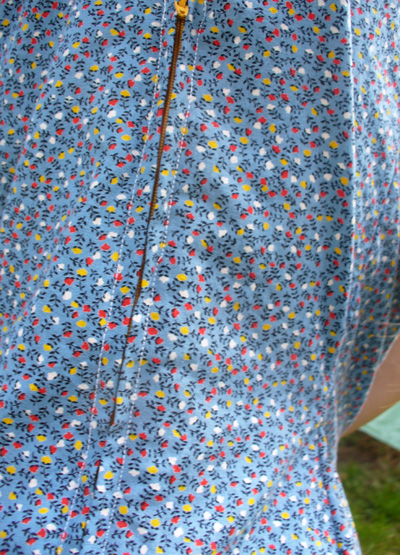 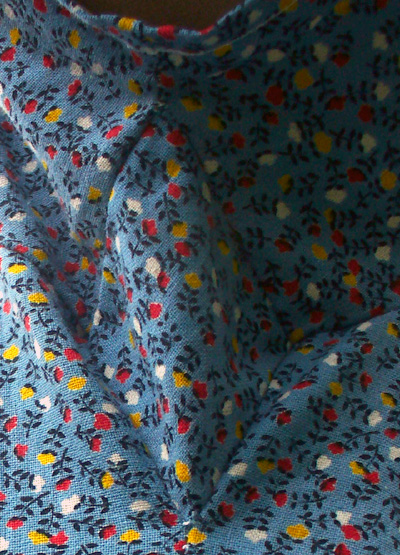 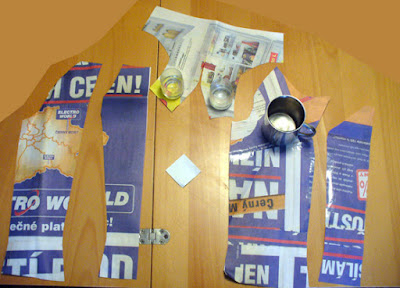 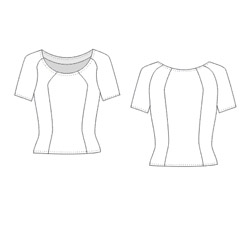 I have an ambition of turning it into a more standard-size multi-sized one - but I'll leave that for the future (because it would hopefully also involve sewing a new version for myself and doing some sort of tutorial!).
Vystavil Hana - Marmota v 15:33 No comments:


It's another thing I learnt from Bilikis. She doesn't even describe it; she just does it whenever she notches seam allowances (so it usually ends up being sped up!).

When you have a curved seam that needs to have the seam allowance clipped into / notched, it can be a tedious and slightly perilous job. But if you fold your piece at the spot where you need to clip, and cut into your seam allowance along the fold, both sides of the triangular notch at once like this... 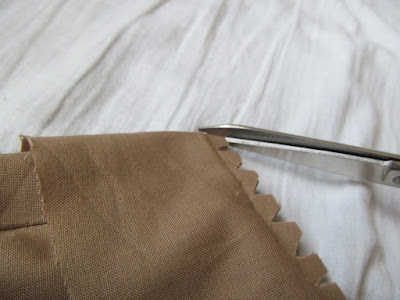 ... it goes much faster and it's much easier to ensure you don't snip all the way into your seam (without needing to bring a craft knife into your sewing room and move your project to a cutting mat!)

Really simple, eh? :-) It barely rates the name of tutorial but... it's supremely helpful, and clearly isn't common knowledge, so let's tag it with that, too.
Vystavil Hana - Marmota v 14:56 No comments: