A bit more hope for the pink poplin

So, because I'm prone to forgetting, I'm preparing a batch of posts to be posted on a schedule automatically, while I still remember to do it. :-)

Do you remember the Very Pink Poplin of Doom?
I've found another fabric companion for it. Even better than the flowered seersucker, because this one is a bit of a white elephant in itself. 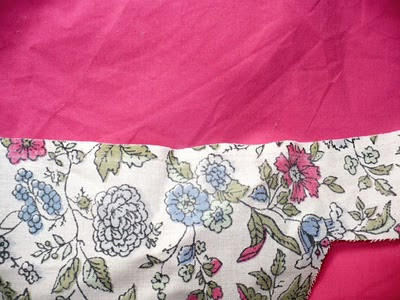 It used to be a random, cotton-polyester, US-originated pillowcase that I have no idea how we had obtained. Several years ago, at the beginning of my sewing career, I tried to make a blouse out of it, which turned out to be more of a failed muslin (because the pattern Did Not Fit, and the wear of the pillowcase showed more than I expected).
It's been lying around somewhere all the years. Now I think I still can salvage it into something usable. Probably not wearable, but usable.
Vystavil Hana - Marmota v 00:00