I promised to write more about the 1950s knitting magazine in a separate post. So here you go.

There is no date of publication stated anywhere in the magazine, but father helped me date it - thanks to the price printed on the cover, 30 Kčs. He said it must have been before a currency reform that took place in 1953. And because it apparently already comes from the time after the communists took power (national factories and such things), it's most probably from between 1949-1953. 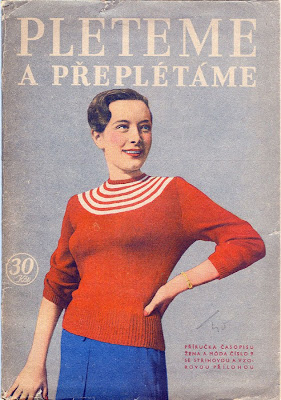 My original estimation was based on a stray mail order form inserted inside, dated December 1950 - but it is, as I said, a stray paper - from a different company.
Still, it's probably from around the same time, because what would it be doing there otherwise? It doesn't seem like for a long time anybody cared about what's in the magazine - not even in the shop where I bought it. As I mentioned in the first post, there was also a separate knitting pattern (again, from a different company) inserted. So I got more worth for my money. :-)
There are many pretty things inside the magazine... It's much better than most newer communist era craft magazines I've seen so far - the 70s and 80s were already quite boring, with an abundance of drab-coloured folk inspired embroidery and shapeless clothes... Here, what I stated in the first post is evident - there were still people from the old times responsible for this, and did their best.

Don't you love these pictures? 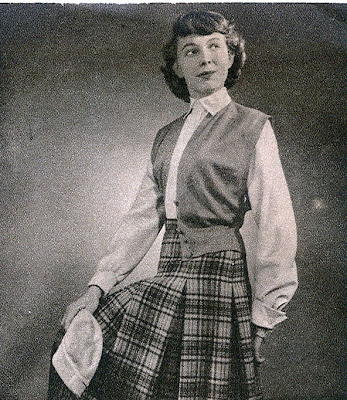 I love these sports sweaters - even more, those hats. Rather dwarwish. 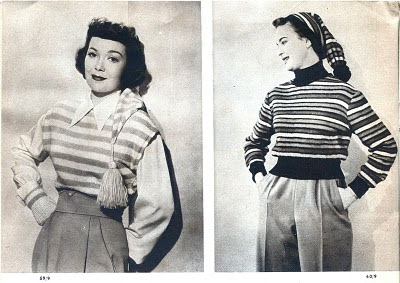 This man was "cool" long before "cool" was defined - at least in this neck of the woods. 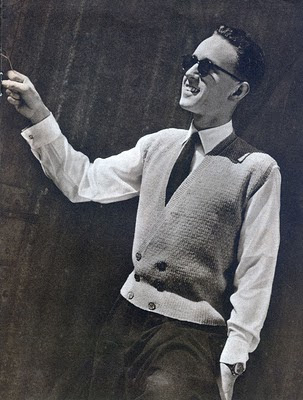 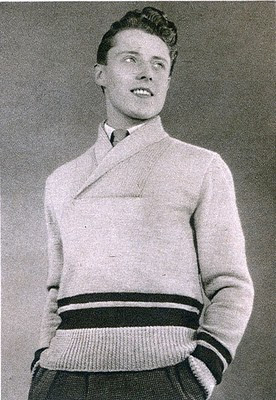 And these adorable hats: 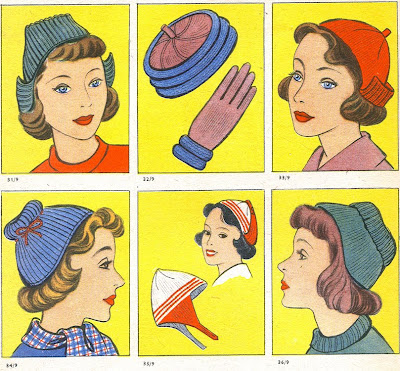 (That separate pattern that was inside the magazine is actually more or less identical to the first hat here.)
And one delightful crocheted thing for a good measure: 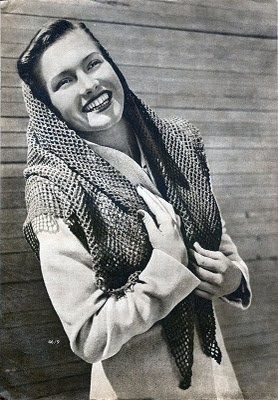