#CoBloWriMo 10: Not in a Million Years - Changes to plans, and plans still underway

There's definitely costuming / dress-related things I'd class under that heading.

Very high heels, for example. My cutting-off mark is somewhere around 8 cm, which is what my tallest heels are, and I can only walk in those because the shoes have ankle straps. 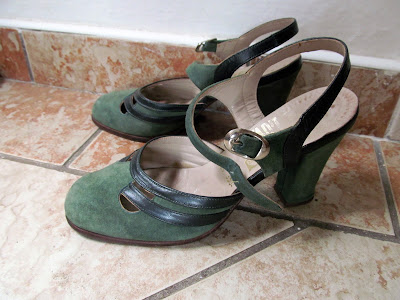 They are a tad too small for me, but the open heel makes it okay. They also have leather soles, and were only 100 CZK in a thrift shop. Totally worth it for vintage-worthy shoes (possibly really vintage, definitely pre-1989)  for an occasional outing. I've last worn them with my Regency dress, actually... it was raining, and it was, in that case, rather nice not having to worry about dragging my long skirt in puddles.

Also not happening: actually buying crocs shoes. I've worn them, as house-footwear at a friend's place; but it's not something I would do of my own accord. And now with very good reason, too.

I have skin problems. I've had some sort of atopic ecsema on my hands since I was about ten. It disappeared after my stay in the USA in 2007 (probably due to longer-term exposure to sea air); since then, it occasionally reappeared, but it was quite manageable. 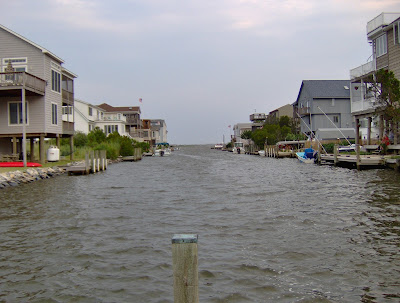 Not the sort of thing you can gaze upon from your front porch in the Czech Republic.

And then, last year, in my new job, it came back with a vengeance. I had skin problems, bad problems, elsewhere on my body, too.

It's part of the reason I dropped off the face of the blogosphere.

It got eventually tamed down with a combination of medical help and with switching positions in the company. I first worked with large amounts of dyed and not-yet-washed wool, which I think was the main problem. I now still deal with wool, including the super-awesome employer's discount on faulty pieces (*insert a costumer's squeel*), but it's now without the probably too harsh chemicals, so, yay, my hands are okay. 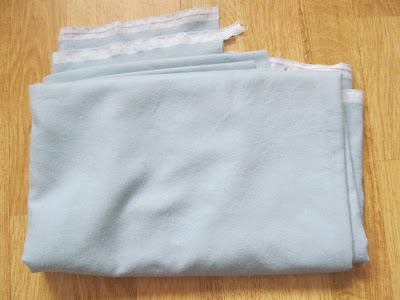 Wool twill in a sort of greyish-greenish robin-egg colour. That 1797 fashion plate is definitely happening sooner rather than later.

But sometime after the fact, this year, I realised - thanks to a discussion thread in a costuming group on Facebook, no less - that part of last year's problem was also heat rash. Part of the problem, I suspect, was the fact I am unaware of the term "heat rash" even existing in Czech - so I had lived all my life without knowing that was a thing.

And it definitely is a thing. I do have some form of atopic ecsema, there's no denying it; but I'm now convinced my problems last year got so bad because my atopic ecsema (and probably those dye chemicals, and the fact it also turned out I had iron deficiency) got combined with heat rashes. I did suspect sweat was a contributing factor, but because of my other problems, it got overlooked. It was a whole big combination of factors, a hundred times nothing killing the donkey, as the Czech saying goes - with regards to the heat rashes, a combination of changes in themselves not too significant, like a super-hot summer spent comuting in a city with plastic and pleather seats in buses (I could get away with walking a lot before this job), and safety-regulation shoes that were artificial fibre and padded. (That's no longer a requirement in my new position, either - I now just need closed heels and toes, so, phew.) Turns out a lot of the problems can be managed just with zinc cream. (And a lot of other precautions, and other medication when it really does get worse; but on an everyday basis, zinc cream and vaseline are a huge relief after the succession of not-entirely-successful treatments over the years.)


So. The lesson I've taken from this super-unpleasant experience is: plastic and artificial fibre sitting close to my body - not in a million years.

I now put a shawl over the seats in the bus if I'm wearing too short a skirt. And pick train carriages with wool seat covers if I can...

It is bad news for the Regency/early 1820s dress plans I had harboured for this probably polyester sari I bought years and years ago: 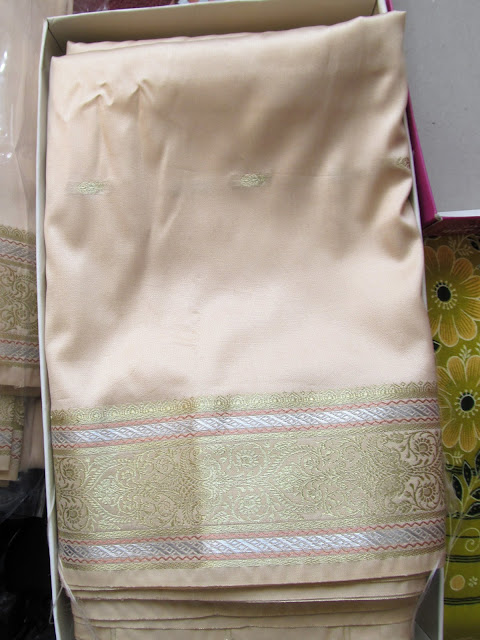 Layers of natural fibre underneath or no, the bodice would be close to my body and would not breathe at all; that's very bad news in my world now.

But it is, I think, good news for the Scroop Fantail, because a pleated skirt with judicious use of cotton underneath should be mostly okay. ;-)

The question is... modern, or historical length? 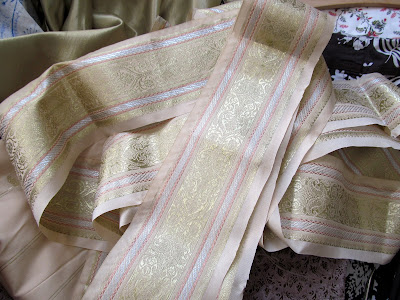 I cut off the borders for general use as trim; maybe a Regency dress can still happen with that.

And the ground fabric could still be used as pretty bag lining or something like that...

Really, all in all, it's actually a good thing I was forced to drop the original plan, because I found out that over the years, the colour has become too dull to wear in a large expanse next to my face.

By which I mean, over the years my colouring has changed to such an extent that I can get away with, even require, much bolder colour combinations: 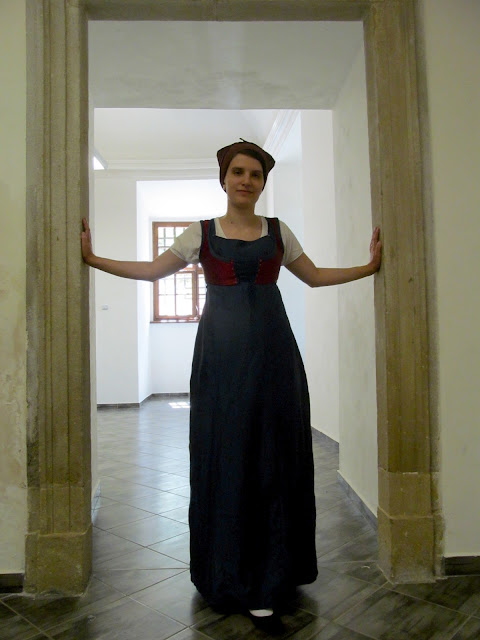 In the photo, I wear: the fichu en marmotte, my chemise, the transitional warp-jumps bra-thingy (answer to question whether I can wear the dress over it: yes, but I have to take care to fit the wrap-jumps tightly), a sleeveless dress I never got around to blogging about, a sleeveless bodice I never got around to blogging about, white cotton over-the-knee socks that are my stand-in for historical stockings for the moment, and these shoes. I think there should actually be a shirt or something rather than just the chemise but, as I wrote earlier this month, I haven't figured out that part properly yet.

Also, I completely forgot that, for this photoshoot opportunity (I plan on posting more of the photos later, but by now I'm not promising anything), maybe I could wear some jewellery beyond the baptism-gift ring I wear all the time. Typical.
Vystavil Hana - Marmota v 17:11