More photos from the UPM. A bit of outbranching from this blog's general theme, but not so much after all.

So, you've heard of Bohemian glass, haven't you? Bohemian glass beads, right? And all the shops with glass in Prague.
When you live in the Czech Republic, this is not so much of a phenomenon, I suppose unless you live in one of the towns where glass is made. In your everyday life, you do not have much time for contemplating the mastery of your country's glassmakers.

But even if you are a foreigner who doesn't know much about my country outside of this and beer, even if you go to Prague to see the mastery, I believe you rarely get to see the real mastery. As is usual with things that are better known with tourists than the local people.
The local people get to know the mastery when they go to the UPM. So do the tourists when they manage to figure out there is such thing like the UPM.

All this lofty talk because right now there's an exhibition of the glassmaking school in Železný Brod in the UPM. Till September 19th.

Most of the modern things in there are robust and huge. I'm not fond of robust and huge glass - even though I can't deny it's interesting and all - I'm more into the subtle kind. So I did not take many photos of the exhibition, even though photography was allowed there, so if I felt like it, I could take loads and loads and it would be completely legal even if my photography sticker fell off my arm.

I did take photos of some modern glass jewellery, mostly because it was strangely interesting. All of this was huge, too, and the rings in particular seemed awfully uncomfortable for wearing. I only took photos of the less huge things. 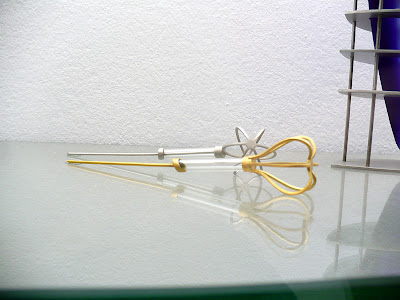 These pins are very pretty, and also very much like syringes. 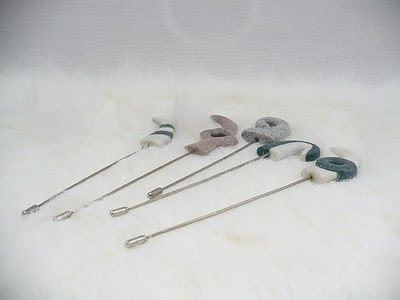 These are less suspicious, but I'm afraid they'd still make huge holes in your clothes. Unless they're meant for hats or something. I'm not sure of this, because I started taking photos of the descriptions a bit later. 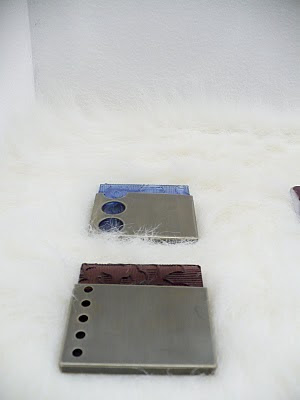 These are men's brooches. 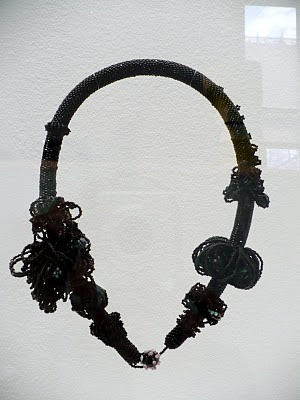 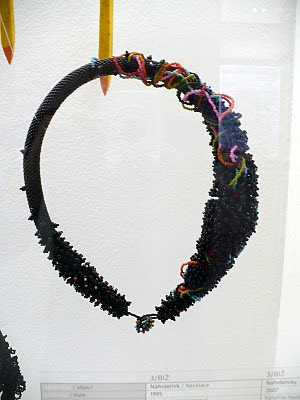 These two beaded necklaces are not bad. Or maybe they are. I'm undecided. 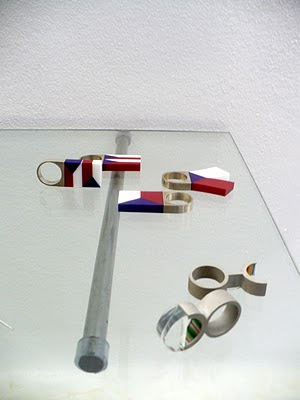 The subtlest rings I found there. If sticking the Czech flag to a ring is the subtlest...


I was talking about mastery, wasn't I? 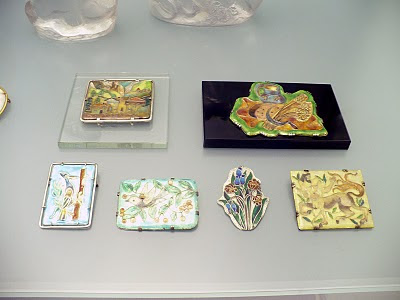 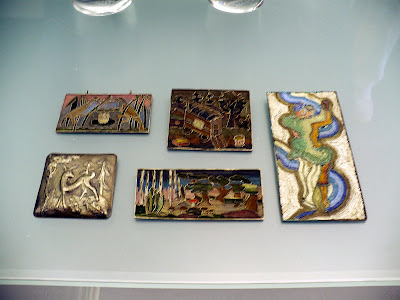 Silver and glass/silver and enamel brooches from 1940s. Made by students. 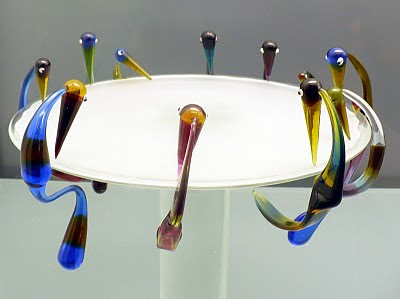 These kinetic birds were fun! 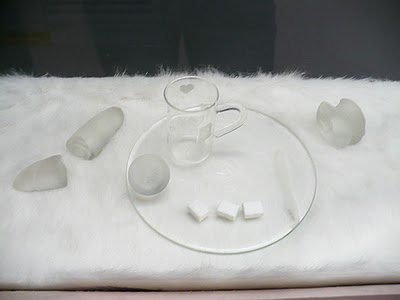 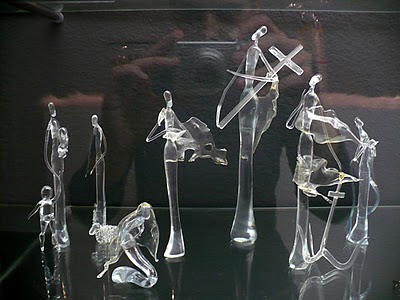 
White Horse, Two-Headed Dragon, 1960s. The horse is one of the most marvelous glass statues I've ever seen... it's otherworldly.


But the REAL, and I mean REAL mastery is upstairs in the permanent exhibition. And it was made in the 17th and 18th century.
Unfortunately, at that time my hands were apparently already a bit shaky after all the photos I'd taken before, so the photos are fuzzy. You'll have to go to Prague and see for yourselves! 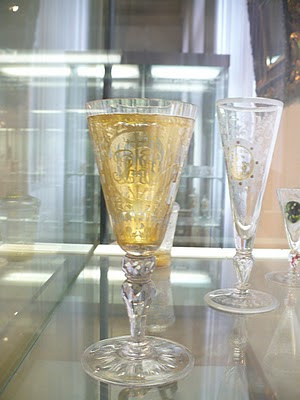 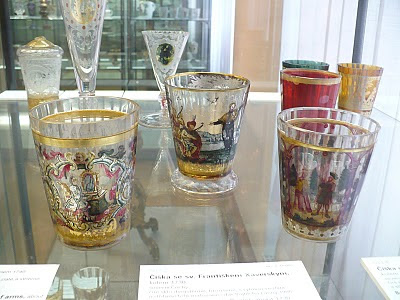 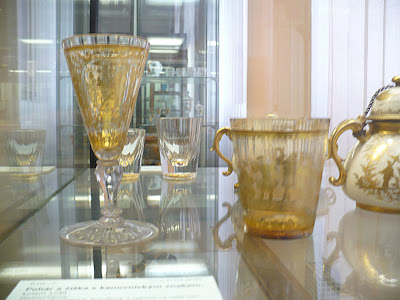 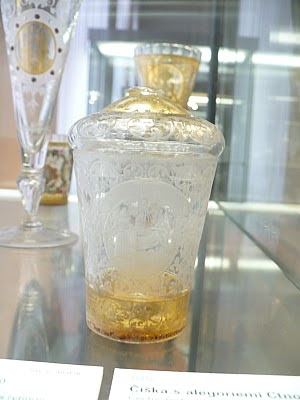