Two sleeves and a tape

I've made two sleeves in two days. Not bad, especially considering I also managed to go to IKEA and buy myself a DVD shelf and five bowls for baking, and putting some of my DVDs into the shelf, and some other things...
Maybe I managed it because I took the sewing with me and sewed on train and metro.
They're not completely finished yet, actually, because I want to sew twill tape along the hems (already started), for tying on the optional undersleeves. I do not have enough of this blue-grey fabric, so the side panels and the undersleeves will be made out of the light blue one, but I might be able to squeeze a pair out of the remnants of the blue-grey fabric as well. So, the sleeves are not completely finished, and can't be, because I do not have enough of the narrow white tape I'm using for it. I'll have to buy more. Much more, it's a useful thing to have around.
But in the stash, I also found tape (not twill) in EXACTLY the same colour as the blue-grey fabric. As if they were made in the same factory, the same day.
I'm going to bind the armscyes with this tape. If I have some left (which is uncertain), I'll also reinforce the shoulder seams with it. For other reinforcing and binding and finishing, there are the selvedges. 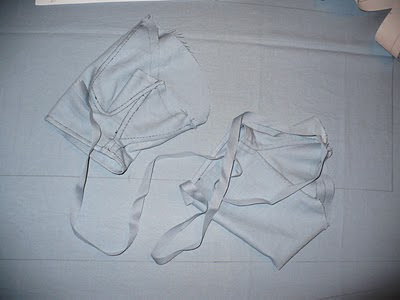 Also, I love the medieval method of sewing with running stitches - even with making a backstitch every once in a while and turning the edges under for more non-ravelling safety, it goes so quick! Much better than the handstitched garments I've made so far... Most probably also because this fabric - satin weave, not very tightly woven - is very easy to sew. 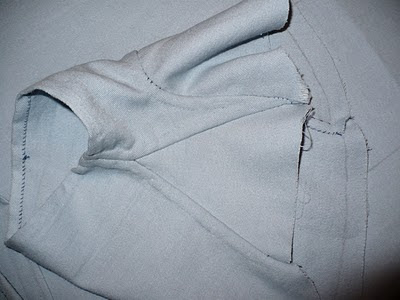 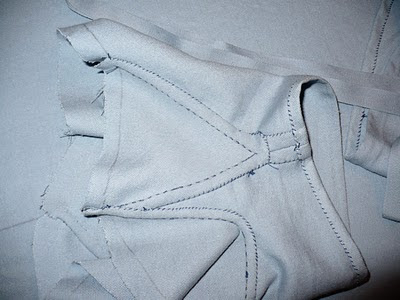 I'm already in love with this dress. I hope it will live up to its promises.
Vystavil Hana - Marmota v 21:36