Look what I've got! - the books edition AKA Books are gonna be the death of me

Because one day, they're going to land on me while I'm sleeping, all tens if not hundreds of them. Because I'm running out of shelf space and store most of my new acquisitions on the second store of the storey bed I sleep in. (That's, by the way, a pun that probably only works in English. But it's completely true in my Czech reality.)

In other words, I ought to get rid of some of the old things I've been hoarding, to make room for the books.

In yet other words, it seems I'm not going to get a hat anytime soon. Today, I wanted to try to buy a hat. The shop I went to first was already closed. So I went to a secondhand bookshop next door, and came away with more books than I originally wanted to. And strolling around potentially hat-offering shops was not an option anymore.

But it was worth it. Because I got this: 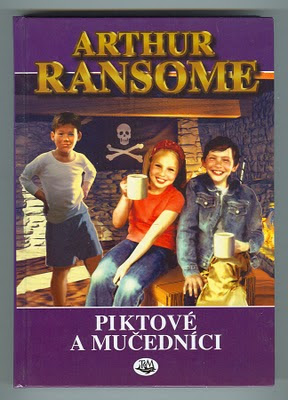 Picts and Martyrs by Arthur Ransome. One of my favourites by him, and until now one of the few I didn't have yet. (The cover is quite awful, but inside are Ransome's own illustrations.) 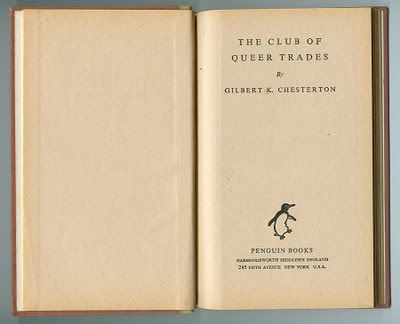 And a thick book that was the main reason why strolling around shops was not an option anymore, but I won't show you that, because it's a Top Secret Gift for my sister, and I can't be sure she isn't lurking around here. Besides, you wouldn't appreciate its greatness (or at least its assumed greatness) anyway.

But the best part are these two: 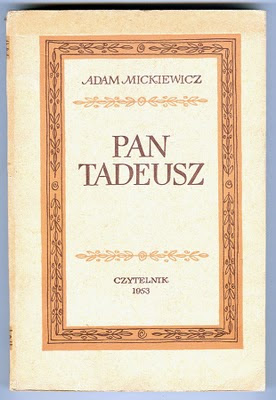 My Favourite Book Ever, give or take a few. The reason behind my love for Regency, too.
One of those books worthy of a pretty cover, for sure. It's unfortunately a paperback; but a very pretty paperback from the 50s. And yes, those were the dark times of communism in this part of the world, but it must have been a golden age for editions of Pan Tadeusz... the Czech edition in our local library is from the 50s, too.
Now I'll see whether my conviction that I understand written Polish is correct... Seeing as I've read the Czech translation many times, and seen the Polish film from 1999 many times, I don't think it should be a big problem. 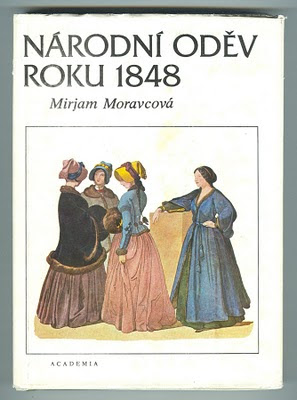 A monography on Czech "national costume" in 1848 (and some years beyond that)! Guess what it has to do with my reading of Božena Němcová's letters?
With pattern drafts! And not just any pattern drafts, with a pattern draft for the jacket I've loved in the series on historical fashions by Ludmila Kybalová! Most of the pattern drafts are for male costumes, in fact, but whatever, it has a pattern for that jacket which I've secretly wished to duplicate, hooorray!

And because I've wished so secretly, here it is: 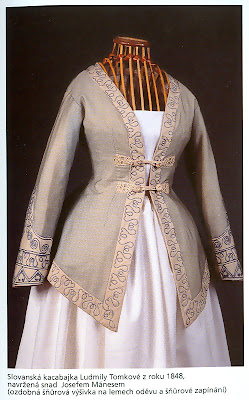 I've wanted to make it in blue and white, and now that I've read a passage on this type of jackets in the book, I suspect the original might have started out as blue and white as well. (I didn't find the passage about this particular one yet, but it must be there somewhere. I'm sure to find it soon.) I even already have the perfect colour of fabric for it (another of my grandma's hoards), although I do not know if it is the correct type of fabric. From another passage in the book, I suspect it might be. *grin*
I'd probably make the embelishments simpler, because this screams "national Czech costume from 1848" (which is exactly what it is, after all), but I love the lines of it. A wonderful summer jacket, isn't it? Not this summer, but one of those to come for sure.
Vystavil Hana - Marmota v 20:44