In one of my comments at the last post, I mentioned I wanted to make the LBD pattern in a brown double knit next. Well, I pulled out the knit in question today and it turns out it's much more drape-y than I remembered it to be... 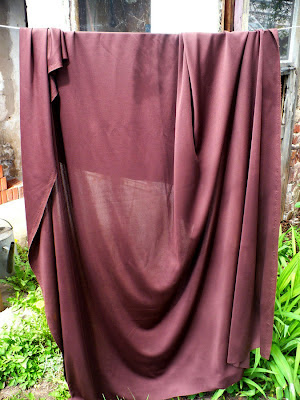 ... not to mention hardly enough for a full-skirted dress. This is SO not the dress I had in mind... Apparently, my memory got its structure mixed up with a scrap of another double knit that lingers in the stash. This is more like Steph's Kimono Wrap Top. Or something.

So, next in line was a Little Blue Dress.

Now, should it be a smooth, A-skirted sheath of patterned blue with "contrast" upturned facings... 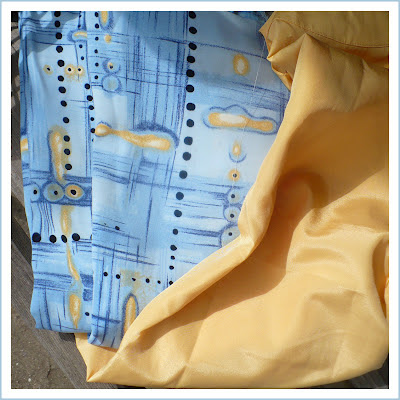 ... or a fun lightweight but full-skirted summer dress? 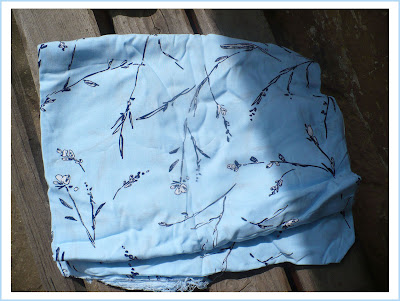 Supposing there's enough for a full skirt, that is.

Each of these hold a problem. The abstract print above is something decidedly artificial, which is not my chosen material of trade if I can avoid it. (The Little Black Dress is 79 % viscose, which I'm fine with, but this seems very artificial through and through. I may be mistaken - a burn test might tell me something else.) The other is most probably viscose/rayon, which, as I mentioned, I'm fine with; but it's a bit see through and would probably need to be lined. And what on Earth am I going to line it with?!