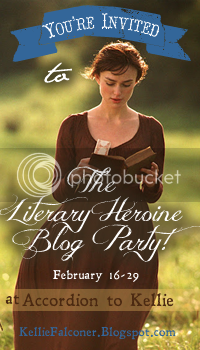 The questions in this year’s questionnaire are similar to last year’s, so I’m leaving some of them out, because I’ve already answered them.

Introduce yourself! Divulge your life's vision, likes, dislikes, aspirations, or something completely random!


Completely random likes: I like the smell of phloxes (my favourite flowers EVER), clover, gum/resin (the stuff that comes out of trees when you cut them – never would cut trees just for it, though!), our cats‘ hair (it’s such a lovely, dry, warm smell). 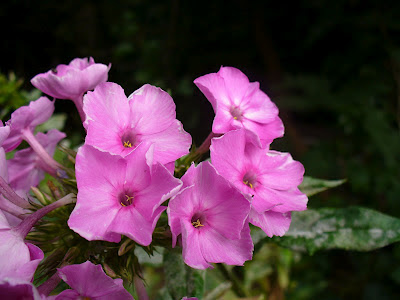 Five of your favorite historical novels?
Still the same as last time, I think: Filosofská historie, Pan Tadeusz, The Secret of the Kingdom, Quo Vadis, Silver Rose/Green Brigade. I was considering others that could go on that list, but in the end I decided these pretty much summed up everything I like in historical novels.
Out of those five books who is your favorite main character and why?I don’t remember the name of the hero of Green Brigade anymore :-(, but I liked him a lot. He was young, and still searching for his place in the world, but already had ideas for what was right and what was wrong and what he wanted to do. Just looking for ways to do what was right. Also, he was the chivalrous sort of hero. I liked that. Simple.
Out of those five books who is your favorite secondary character and why?
Hard to decide between so many characters! Especially as with some of the books it’s difficult to decide who is a main character and who is secondary.
I love many of the “figures“ in Pan Tadeusz, and Robak (whom I listed as my favourite character last time) is probably a secondary character; but I think my favourite secondary character from all those books is actually Frybort from Filosofská historie, because he’s fun as a secondary character. He does not take life very seriously; yet he takes some things in life seriously (and has fun doing them). It’s a refreshing sort of character to read about.

If you were to plan out your dream vacation, where would you travel to - and what would you plan to do there?
One of my dream vacations from last year happened! And I did nearly everything I wanted to do there...
I think for the purposes of this year’s questionnaire, I’ll pick Wales. and I would do lots of hiking, and visit the old mines, and old railways, and old buildings, and whatever else old is there to see. :-)

What is your favorite time period and culture to read about?My fascination of last year is diminished now. See, I do not look for time periods and cultures in books, I rather look for good stories written well.
But out of those five historical books I listed, two take place in the first century and among the first Christians; another book I considered listing also takes place around there. So I guess that could be it; probably because there are good stories to tell about that time and setting.


If you were to attend a party where each guest was to portray a heroine of literature, who would you select to represent?I’d still enjoy being one of the heroines of Božena Němcová’s fairy-tales; but I’ve been thinking about Susan Pevensie a lot lately, so perhaps I’d be her. An England Susan Pevensie who’s coming to terms with her life and what her time in Narnia actually meant for her and that yes, it did happen. Something like that.

Besides essentials, what would you take on a visiting voyage to a foreign land?My old panda teddy (made by my aunt; I got him when I was four or some such age). He goes with me nearly everywhere, now it’s a habit. The photo below is from my first time abroad ever, in Austria in 1999. 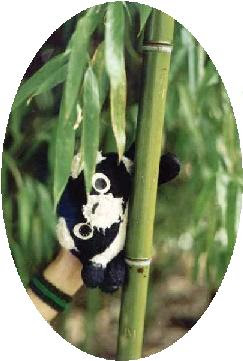 In your opinion, the ultimate hero in literature is…
I kind of backed away from this question last time. I have to agree with one of the other participants, though: for me, it’s definitely Jesus. I did not realise it last time, but he was my first hero ever, and all the others have some aspects of him in them, I think.
Some of the others: Winnetou, Edmund Pevensie / King Edmund the Just, Jarka Metelka, John Walker, Zayne Carrick.
Do not worry if you do not know them. I think I’m going to do a series of posts on my favourite heroes. One day. For now, why I like them:
Winnetou (from Karl May’s books) for being noble and a proponent of peaceful solutions, and not speaking more than necessary, and being the amazing sort of hero who likes apple strudel and tells the lady who made it.
Edmund for becoming better than he used to be, and being a good brother and a good king and a good person overall. And knowing railway lines and connections.
Jarka Metelka (who comes from a Czech comics and books series) for being generally awesome yet very humble, never stealing the spotlights. He can be funny, too, which is a nice quality in a character.
“Captain” John Walker (from Arthur Ransome’s books) for always doing his best, and admitting failures. For doing things for others, not for himself.
Zayne Carrick (who comes from the only Star Wars comics series I’d love to own one day, and here’s why:) for being one of the best heroes ever. In such an unexpected setting, no less. He’s clumsy and makes mistakes, i.e. he’s human; but he’s always doing what he thinks right, always thinks of others, however lowly or adversary they may be, and does things for others, even giving up his own safety (potentially life) for others. And he never kills anybody. John Jackson Miller, I like your hero of Star Wars more than the original ones. Much more.

Share the most significant event(s) that have marked your life in the past year.
The Baltics. Especially the few days at Karitsa, which I will hopefully finally write about soon. It was such a special time.
(I’m looking a bit beaten in some of the photos; I had a running nose as a reaction to heats. The fact that it disappeared eventually and never came back that summer is one of those great things that happened in Karitsa. A small great thing.)

Share the Bible passage(s) that have been most inspiring to you recently.
“Everyone who has this hope in him purifies himself, just as he is pure.” – 1 John, 3,3
One of the biggest revelations to me recently. Not exactly the verse itself; the discovery that the words I put into one of my characters’ mouth years and years ago are actually based on an actual biblical verse. It felt right when I wrote it; now I know why.
And it’s something that’s inspiring to me right now. 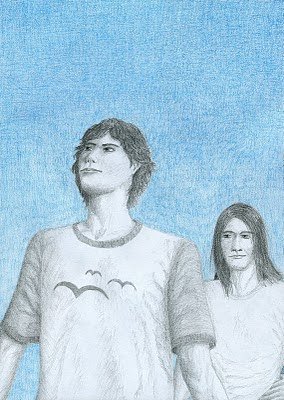 "Josh, who do you think is a pure man? Spiritually."
"Spiritually? Nobody of mankind."
Vladyka grew a little sadder. Josh's hand took his shoulders and lead him out.
"Look at the sky," said Josh. Vladyka looked up. There was an amazing expanse of wonderful pure and fresh blue colour spread above them - such a great wonder on the first of October.
"This is pure. See? It's a great miracle. Now it's incredible having no clouds in the sky; they will certainly come soon. But you will remember this beautiful one. And it will stay beautiful… If you try being pure you will be pure for others. They will appreciate you as someone who wants to be pure, does something for it and there is something of it in him, and then that awareness of the purity remains. Understood?"
"Perhaps. And what does being pure mean?"
"Well, this is difficult. But it contains unselfishness, kindness, self-denial, humility and such things. You know, like not keeping good things only for yourself and avoiding bad things. Nobody knows exactly. God knows. Don‘t you mind me speaking in such way?"
"No, actually."
"Well, Jesus was like that… Perhaps this could help you."
Vystavil Hana - Marmota v 23:17

Štítky: About me, Blog events, Books, The Baltics 2011