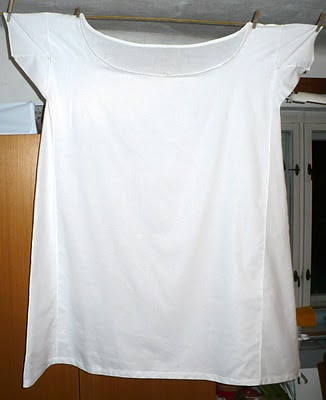 It's really pretty, if I say so myself. Actually, my grandma said so, too. The other grandma than my Wonderful Crafty Grandma. I'll have to come up with a suitable taboo name for this other grandma, because she's actually rather crafty, too. I've just lent her a Burda magazine, because she wants to sew herself 3/4 pants and a summer dress.


The chemise is all handsewn. The neckline is bound with/the neckline drawstring case is made of homemade (and handsewn) self bias tape (seen in progress here). The bottom hem is finished with it, too. 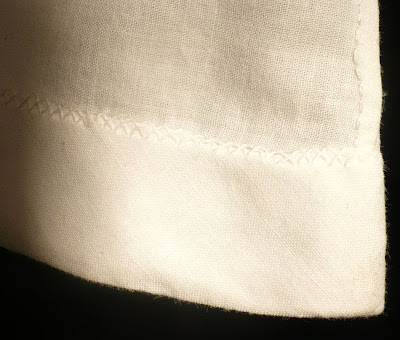 It's the bottom hem that took me so long, because I couldn't bring myself to do it. Laziness, nothing else. It was quite easy.

I think the sleeve hems would look better if they were bias-bound, too. But for now, I'm happy with it the way it is. I love the neckline especially.

For the record, this chemise is more or less based on Regency chemises, and meant for that, but I'll also probably wear it with other styles, e.g. under the medieval dresses. It might not be a medieval chemise, but if the gathered neckline does not show too much under the dress, no one's going to know, right?

The next thing to finish: a case/cover for a window draught block (or whatever it's called). Then, to finish the blue-grey medieval workdress. 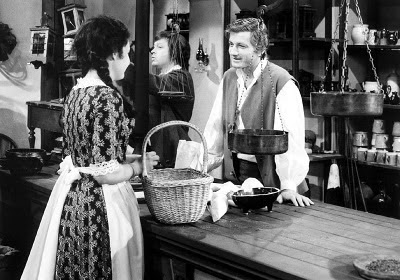 I watched F.L. Věk while sewing the hem and got myself all into early Regency. Most of the series actually takes place earlier, and the costume quality varies a lot - none of the ladies have proper 18th century undergarments, I saw Regency long before it could have appeared and a lot of the fancy dresses are just... fancy dresses. The dresses of the village women seem more proper than those from Prague. Other than that, though, the series are AWESOME. (Karel K.'s commentary on IMDb sums it up very well.) And for those of you who love Regency romance, there's that in the last episodes, too, and very sweet. :-) I only don't know if you can get it outside of Czech Republic... 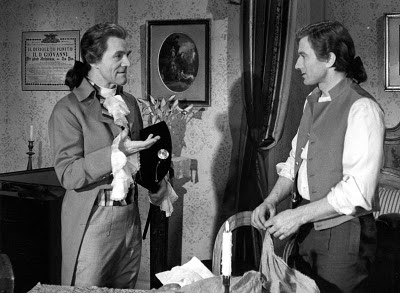 Pictures from the series courtesy of Česká televize.

Radovan Lukavský excels in the series as Václav Thám. Now I count myself lucky that I met him before his death. At that time, I did not really know him, but he was a true pleasure to listen to.