Lockdown is finally slowly lifting, and so we pulled off an outdoors Regency picnic. 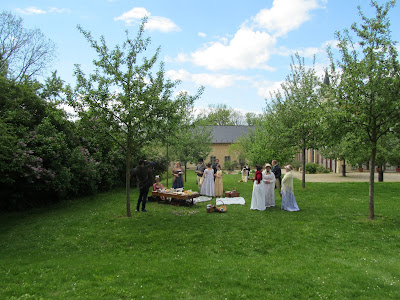 I had to leave earlier, because there was also a family gathering that weekend, but even then, I got a full blast of... being with "my" people. I'm not even close friends with any of them, but it was such a fantastic feeling to be in an environment where you:

We were all a bit drunk on sudden company, I think.

I also found out this weekend - or, rather, re-discovered something I already had had an inkling about - that I'm baaad at photographing people. 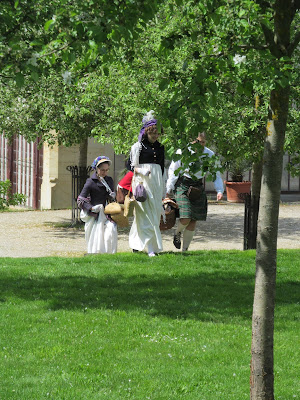 So let's just focus on the venue: the park at the chateau in Čechy pod Kosířem. It's the usual venue for the Jane Austen CZ's annual "Empire Day", but this was the first time I made it there for the event, and largely because it was very scaled down this year and there still aren't that many other events for it to collide with. The village is unfortunately very hard to reach in a time-flexible manner if you don't have a car. And May is always packed full, and even this time there was also a family gathering on the same weekend! (Basically, the first weekend such a thing was possible.) Thankfully, a family gathering is a bit more flexible than, say, singing in a choir, which was one of the colliding events in the previous years. 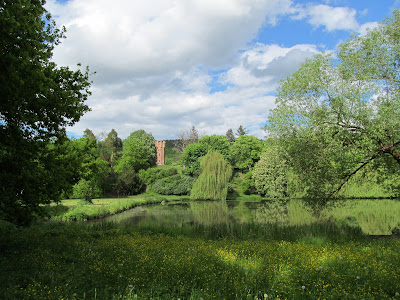 I had visited before, though, on a trip with my sister several years ago. 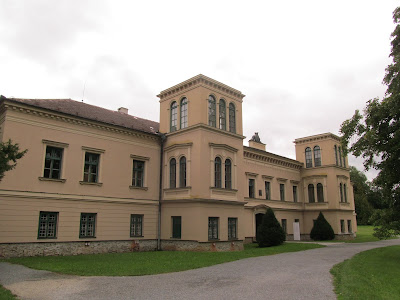 We had better, sunnier weather for the picnic this year, which was a great stroke of luck because it was still raining when I was getting on the bus in Olomouc fifty minutes before my arrival in Čechy pod Kosířem! 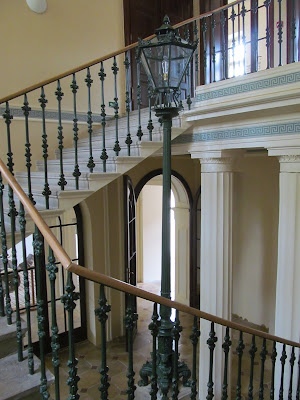 I had been in the chateau before so I did not go inside this time around, although we did have the opportunity to go on individual, unguided tours. 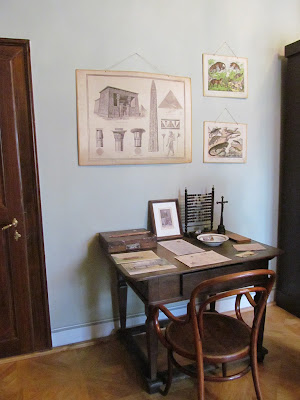 The interiors aren't as old as our era of choice, but the staff seems to be on very good terms with the organisers, which is probably the main reason the annual event takes place in a place that's a bit harder to reach. Still well worth visiting, though! 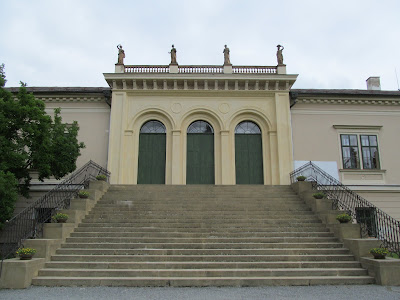 The chateau is mostly known for its ties to 19th century Czech painter Josef Mánes, who is responsible for the big paintings in the "ancestors' gallery", apparently based mostly on smaller period portraits? 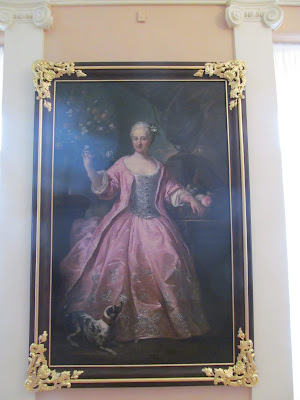 This is Mánes and therefore should be taken with a grain of salt, costuming-wise. 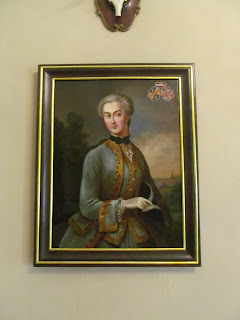 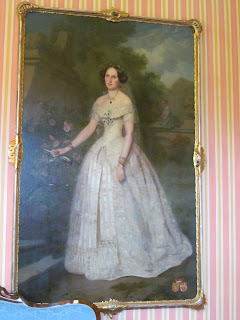 And this. Though this may be contemporary to him. 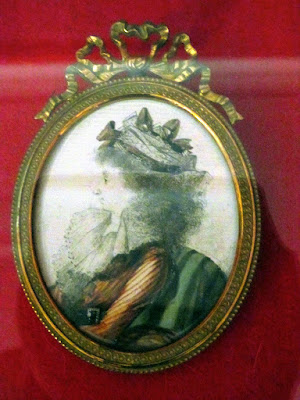 This, on the other hand, was one of several miniatures under glass, and presumably contemporary to the fashions depicted. 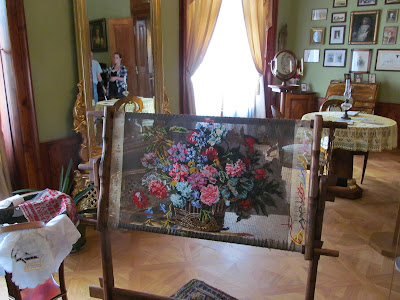 They had a whole "ladies' room" with crafty handworks, from later in the 19th century. 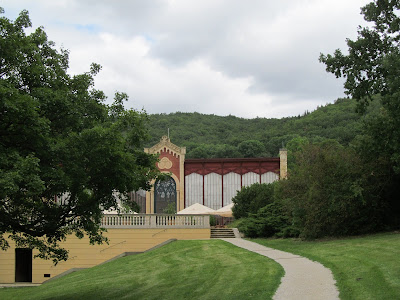 Our picnic this year took place on the slope between this orangerie (where there is normally a café but it sits mostly empty now and we kept our things there)... 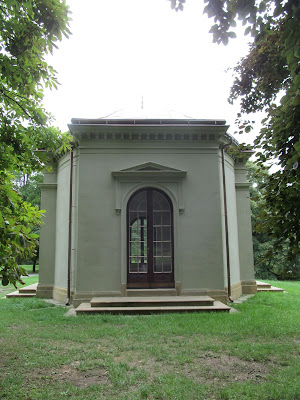 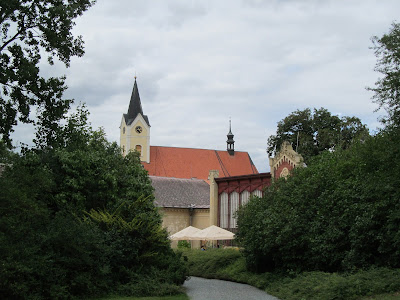 And the chateau sits next to what's an impressive but probably fairly "commonplace" baroque (?) church. Commonplace for Czechia, I mean... 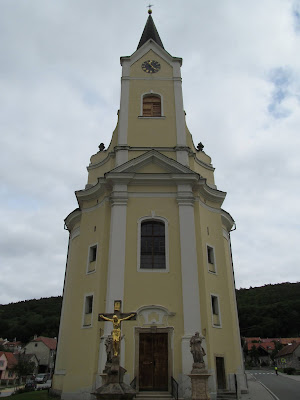 It really is a great place for a picnic.

Also, ducks. And, inexplicably, a turtle. Or is it tortoise in English? I'm not sure. 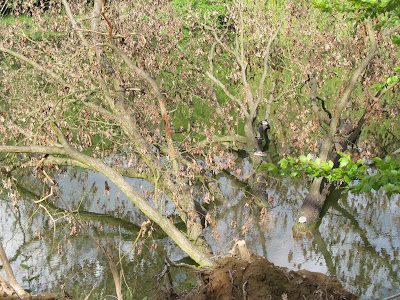 Anyway, whichever it is: there was a fallen tree in a fishpond, covered in dinosaurs.

This was the point where I left to catch a bus: with everyone making jokes about ducks and turtles.