Pinterest, on the other hand, is, just as we say about fire in a Czech saying, "a good servant but a bad master". You can find great stuff there, but you always have to be the master and check it out, otherwise you can end up perpetuating a mistake. Where I'm getting with this is, thanks to Pinterest and thanks to at least sometimes actually checking the links, I've found more blogs and museum sites I was unaware of. Some of the best things, it turns out, can be found on Dutch museum sites - like the Regency half robe I posted earlier on this blog.

Or like this super-simple 1840s dress bodice that makes it possible to infer how a basic 1840s bodice goes together, at least in the front (sadly, no back-view). 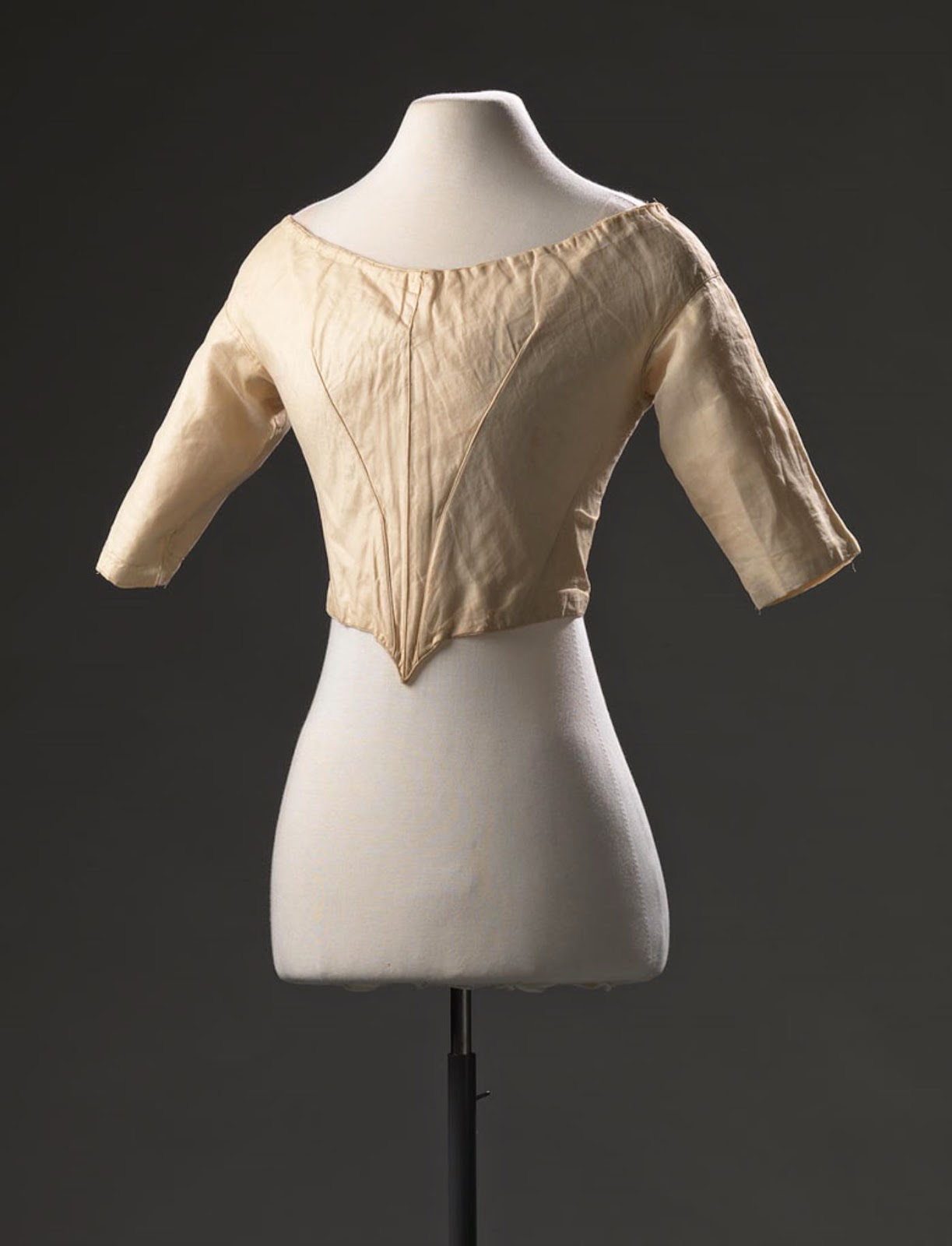 So let's see what I can see: 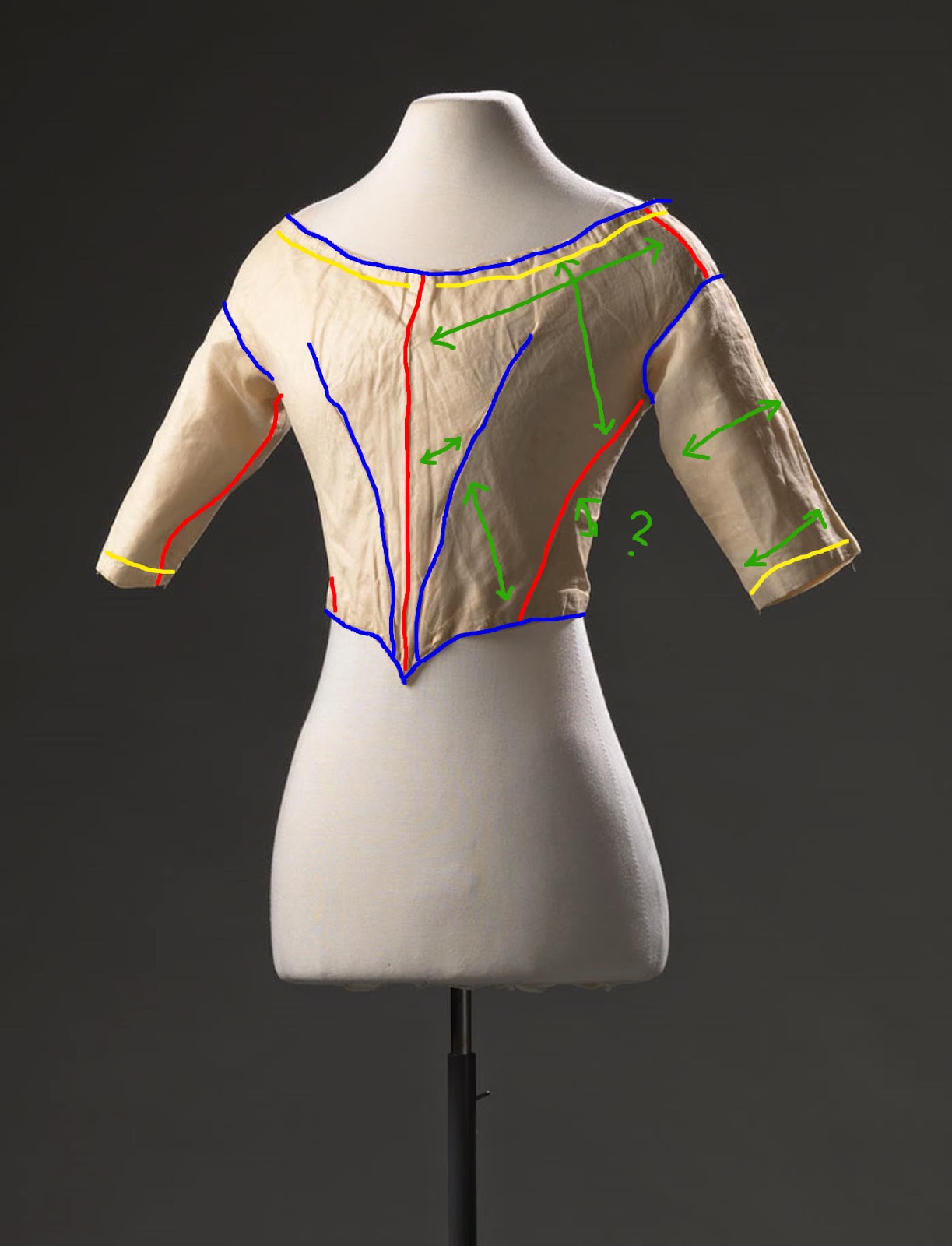 It's particularly interesting to see the piping in the front darts. Sometimes, there would be a separate front pattern piece. This one has just darts, though, and seeing the grainlines, they're probably quite narrow, too. And still piped. This might suggest the piping works sort of as cording, to help the seam lie smoothly?

The description (sadly, the website is built in such a way that I can't link directly to the object, boooo!) says there are three bones / pieces of baleen in the front (presumably at the centre seam and the darts?). Then it says something about "zijbalein" on "both sides", which sadly Google translate does not help me decipher - does it refer to the bones in the darts, to the side seams, or something else? There's a drawstring in the neckline (!) that ties in the back. There's a back closure of eleven hooks and eyes, hidden by a band (placket?). There's evidence of an attached skirt, not in the collection.

And it says this simple style of white dress would be an afternoon dress for a young girl.

What makes this such a fantastic find is the complete lack of any frills. It's almost like a muslin to build on; yet, since it has piping, it's obviously an actual garment.

ETA 28/06/2019: I wonder if it may have been a bodiced petticoat, like this one in the John Bright collection? Still, the piping and boning seems to me like maybe too much trouble to go to for underwear.

I can see the grainlines (at least in the front and the sleeves); thanks to that, I can deduce that the straight of grain lies along the neckline and the front seam is partially bias (= not true bias) and probably shaped. The shoulder seams also lie on bias, while the sleeves seem to be a very simple, straight-cut, almost rectangular shape.

The best part? I didn't even have to wreck my head too much to figure all this out. Making that colour-coded version of the picture above took maybe two minutes, and now I have a much better idea of how a basic 1840s bodice works.
Vystavil Hana - Marmota v 13:45