The joys of gardening

A woman in a Michigan city planted a vegetable garden in her front yard. Now the city's convinced it's against the city regulations, and she faces jail time.
The problem is, those regulations are very vague. I really hope the court will prove her in the right. Admittedly, I'm not a lawyer and know nothing about American city regulations (I actually barely know anything about Czech ones). But I think that:
A) she has every right to plant vegetables in her garden if she wishes to - and it's not like she's planting Giant Hogweed or something,
B) the city's logic is highly dubious, and they should be told as much. "Suitable" is not "common", at least not only that. 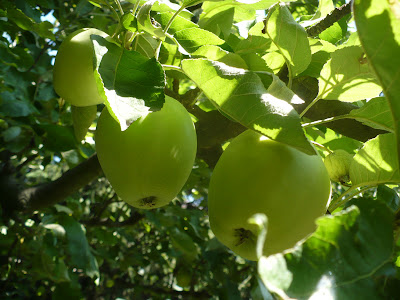 And now our overload of apples and cherries seems like nothing. A blessing, which I'm sure it is. Although it rather keeps me from sewing.
Vystavil Hana - Marmota v 13:31