HSM '15 #1: Foundations - Teeny bumpad + a glimpse of something else

January, at the beginning, is a bit easier on me still, so I'm actually managing to do more. Maybe it's a buffer against future lapsed challenges (I'm especially not sure about April and May, also because I'm not quite sure what I want to make for those challenges). 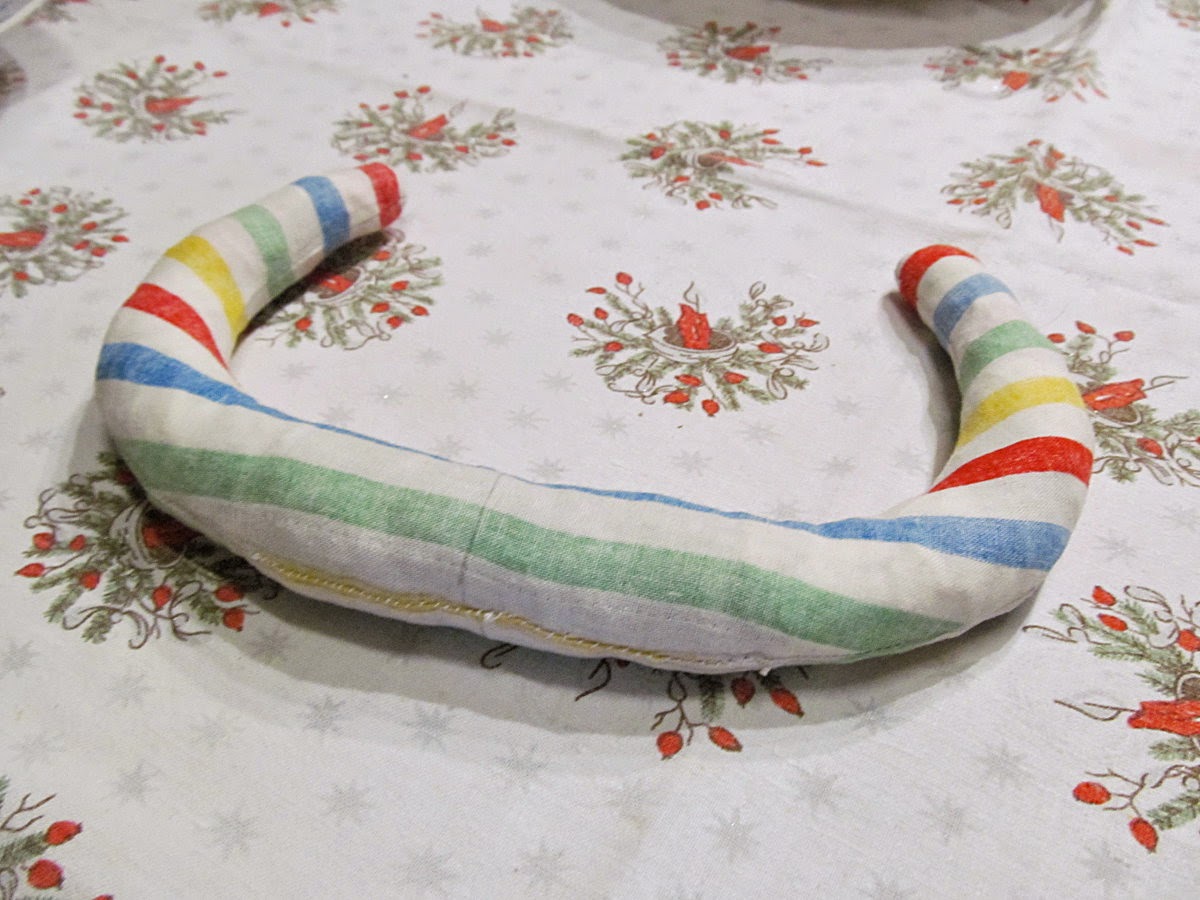 (That's our Christmas tablecloth there, before it was thrown into the laundry.)

It's a stashbusting project. The fabric used to be a child's duvet cover that was passed to my family years ago with the idea we may use it for sewing. The colours are so garish that I've only used it for muslining so far. They're so garish that I decided to use the wrong side at the last moment, which is why there are pencil lines on the bumpad...

It's filled with tiny scraps I've been hoarding for stuffing things with. I have a big bag filled with them and this used up only a tiny portion of that, but it's a start. :D
They're cut into thin strips, about 1 cm wide - that way, they stuff in more easily and evenly, without so many bumps. I stuffed it not too tightly, just tightly enough to give it a firm shape, but with some give for it to bend a bit - because I want to use it both at the waist and at the underbust. 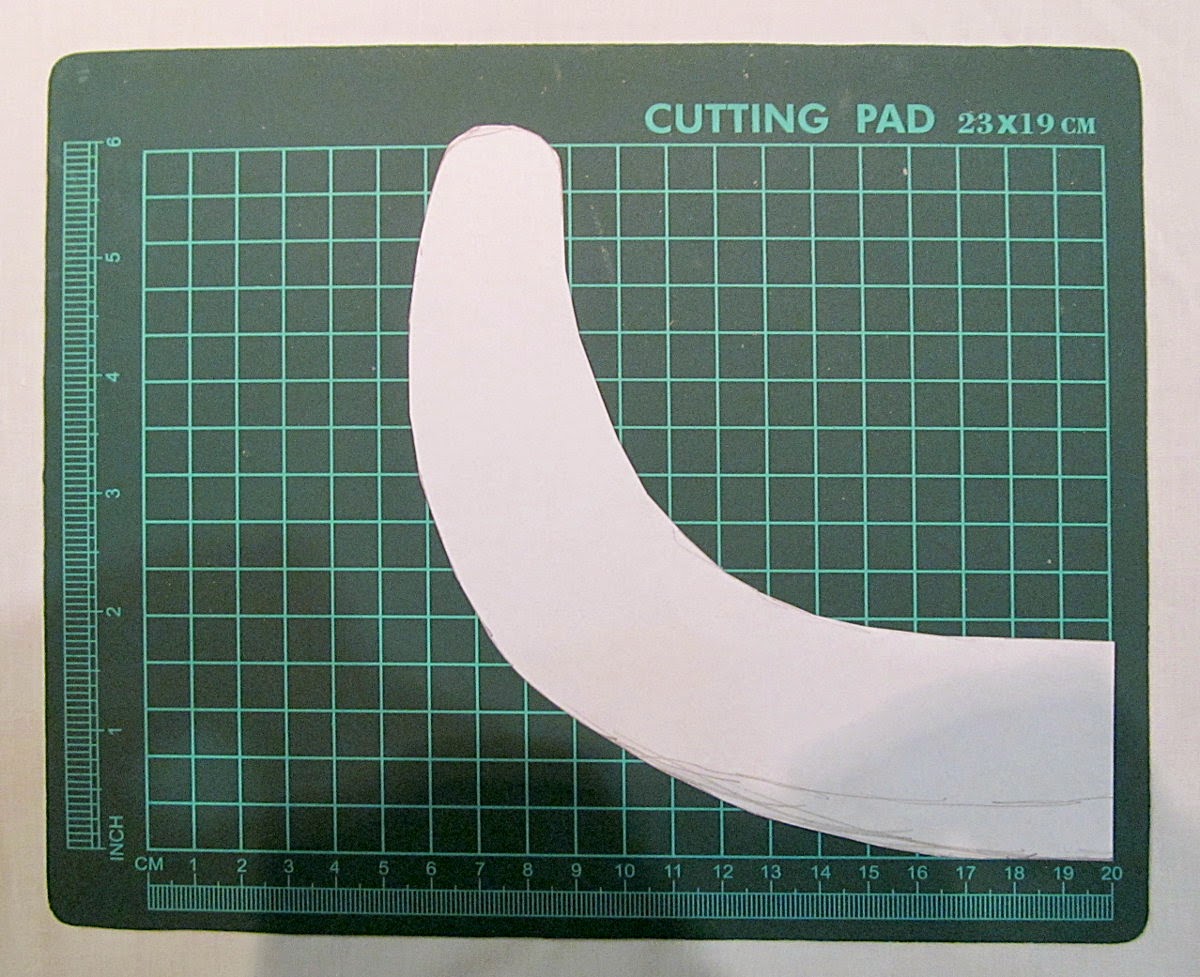 I made the pattern using an aluminum foil contraption (really, just tightly rolled up layers of it) that was meant to approximate a flexible ruler for taking curves off the body. (I don't remember anymore where I learned this trick, but it's not my own idea.) It's not as stiff as a flexible ruler probably would be, at least with the amount of layers I've used, so there's still some guesswork involved; but it's quite a bit of help. 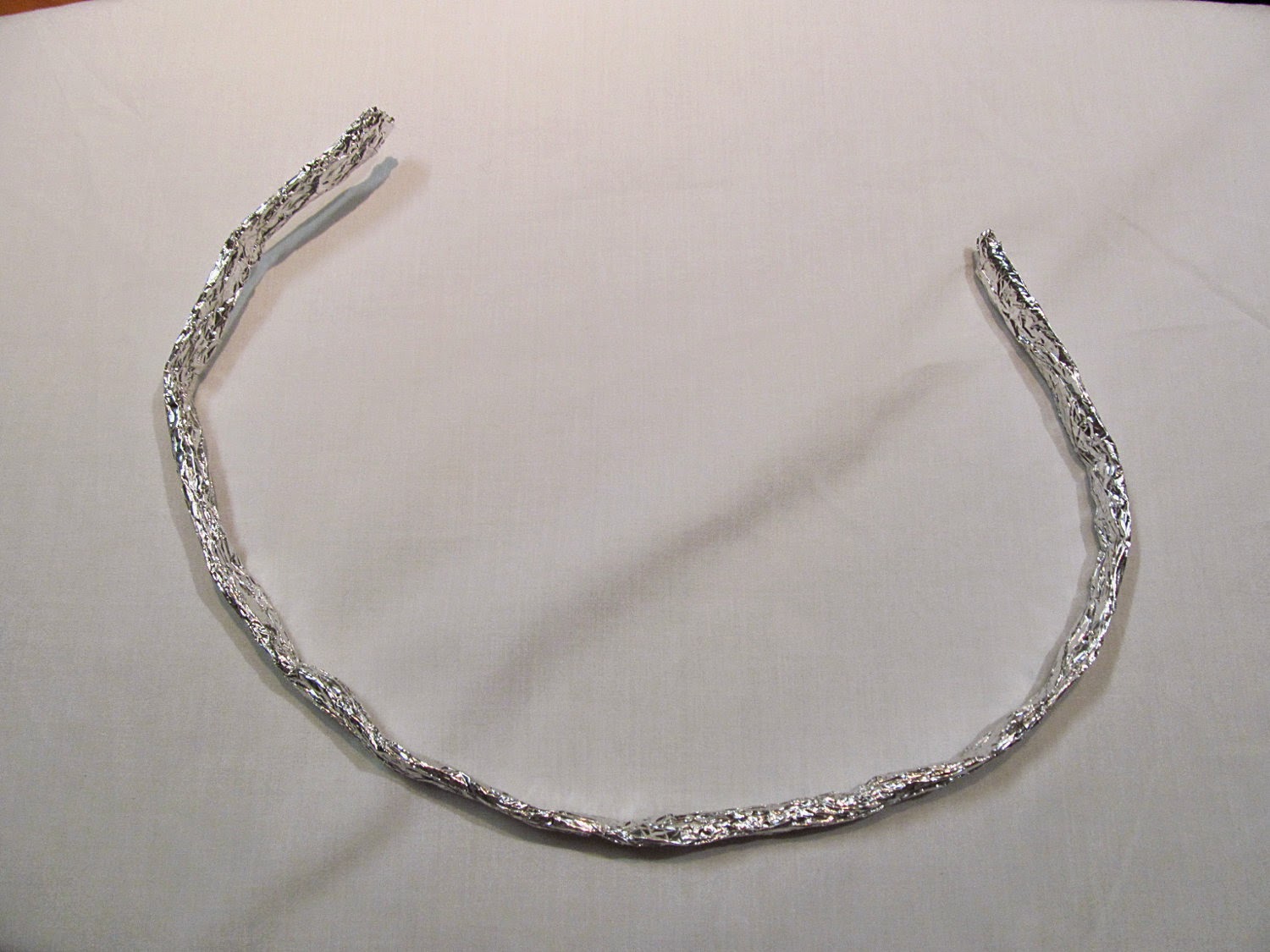 And that's your glimpse of something else underneath.

One of the most annoying things about sewing is when you find out the trim you wanted use just so isn't enough.

So I'll have to dig up something else or resign myself to plain hem. But that's all a matter for another post. Back to topic.

The Challenge: HSM #1 Foundations
Fabric: striped printed cotton
Pattern: drafted by me
Year: cca late 18th century to mid-19th century
Notions: white cotton thread, scraps for filling (I'm probably still going to attach a tape to it, too)
How historically accurate is it? Plausible, I suppose, but the materials are dubious and it's partly machine-sewn.
Hours to complete: 1-1,5? Plus making the pattern. The stuffing takes probably the longest.
First worn: not yet
Total cost: Minimal. All stash; the fabric used is just a cca 50 x 20 cm strip. Cost of filling depends on what you decide to use...
Vystavil Hana - Marmota v 12:00