I'm putting this up in the wrong order, but that's because some of it is waiting to be re-made, so...

For the last challenges of last year, I decided to add to my historically-usable jewellery collection. One of the things I really wanted was the key brooch from this plate.

So that's exactly what I made. It was as simple as buying the requisite components and gluing them together. (Well, and then changing the colour, but more on that later.) So I put that under "Modern History", because it didn't involve much changing of the modern components, so it's obviously something you could do just by walking into the shop and picking what you'd like, without the historical inspiration. 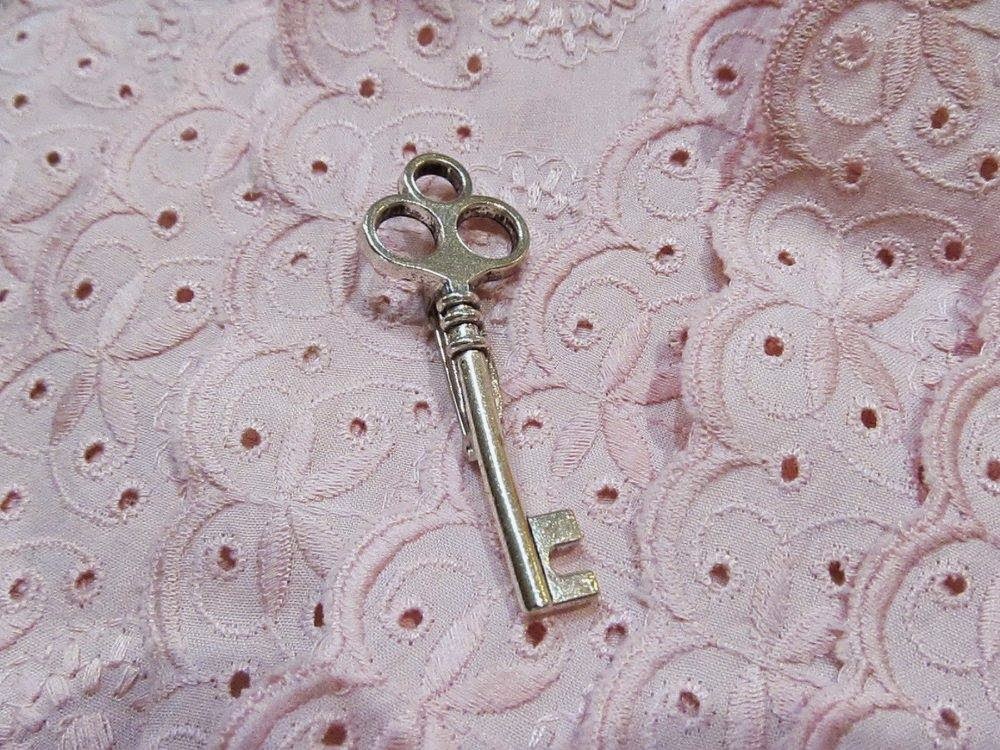 Now, about the colour... The components available in that shop are mostly silver, with only some brass and gold. I suppose gold isn't fashionable right now or something. It's a bit of a problem for me, because most Regency-ish jewellery involves gold rather than silver. I resigned myself to a silver key, but then Leimomi mentioned her experience with colouring metal buttons on my Facebook post. I looked up the marker she had used, saw it was "acrylic" and realised I had golden acrylic paint. So I went ahead and tried it and the results were quite good. Except that it rubs off with force (like when it fell into the radiator, eek) and washes off. So now I have a half-gold brooch and have to decide if I'll resign myself to a silver one again, or try and figure out some other way to colour it gold...


What the item is: A key brooch
The Challenge: # 23 Modern History
Fabric: none
Pattern: none, but the idea came from the aforementioned fashion plate
Year: 1797
Notions: key-shaped jewellery component, jewellery pin, super glue, golden acrylic paint (or maybe not)
How historically accurate is it? The key-shaped brooch is documented, but this one is probably some non-historic kind of metal and got painted with acrylic paint. Plus superglue.
Hours to complete: Minutes till the glue dried... plus much longer with the paint - quick to paint, long to dry.
First worn: In the silver stage, sometime in later December, modernly into a restaurant, holding together a low neckline slit on a blouse, exactly as it's done historically on that plate.
Total cost: If I remember correctly, 25 CZK for the key and 5 CZK for the pin = 30 CZK = cca 1,35 USD. Plus superglue and acrylic paint, but either amount used is just a fraction of the whole package.

For the following challenge, All That Glitters, I followed in the jewellery components vein and made two hat pins / something that could be used to hold Regency headpieces in place, etc.

The first is another very simple superglued piece. Remember how I've found some "beads" without holes when I went through my bead stash? I've found the perfect use for them. 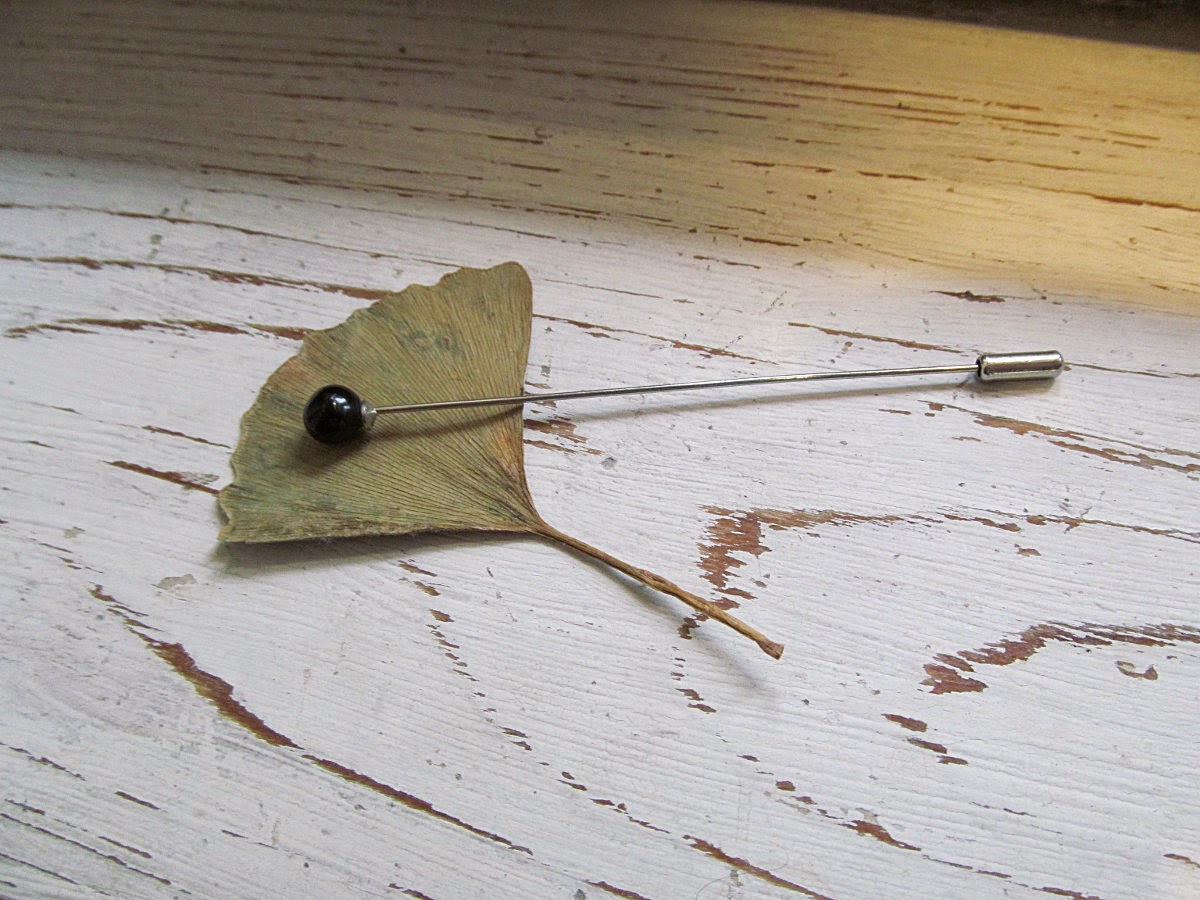 It's as simple as can be, but I'm sure I could make it more fun and add those decorative metal bead "caps" in further iterations of the theme.
(Because the bead is round and the base is flat, and the superglue still takes some time to dry - at least the one I have -, I had to try gluing it twice. Just a word of warning.)

The other pin is more elaborate, and I plan to write a tutorial of sorts on it in a following post, because it's a fairly simple technique that could be applied to other kinds of decorations (I have a feather piece in mind.) 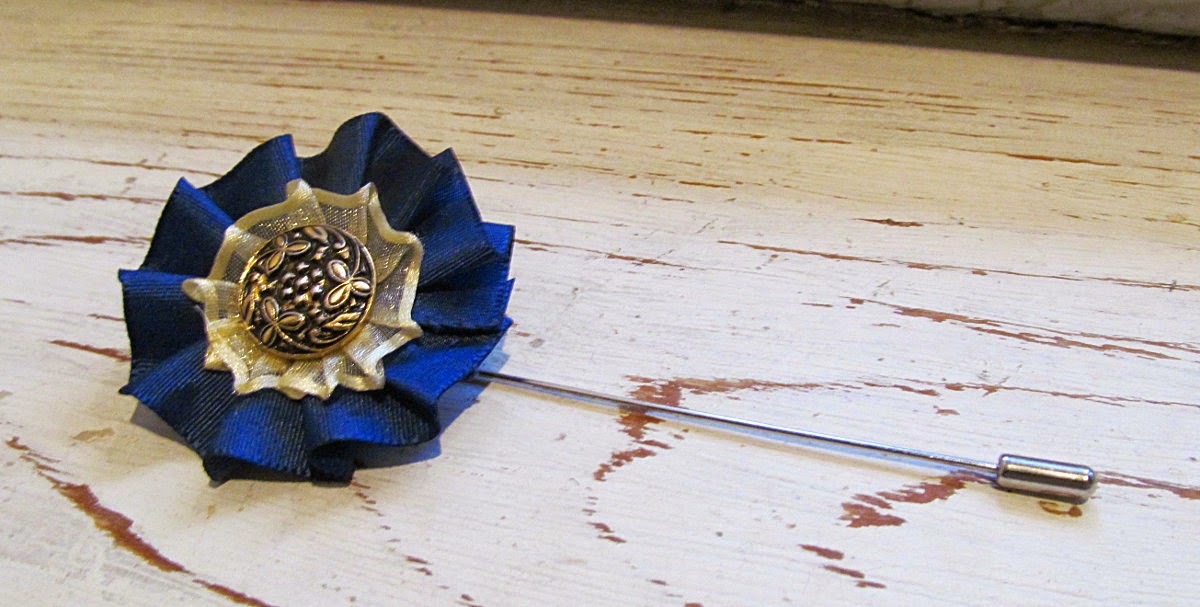 The golden-ish sheer ribbon was a small piece I found once in the remnants bin and bought just because I liked it. The button was an orphan in the stash. This is the best kind of project, using something like that in a lovely and meaningful way!


What the item is: Two hatpins
The Challenge: All That Glitters
Fabric: none
Pattern: none, but I took inspiration from American Duchess' cockade tutorial for the second one
Year: 1800s-ish, but it could be used for a range of eras
Notions: two kinds of hairpin components, small glass ball, superglue, two kinds of polyester ribbon, thread, metal shank button, and felt for the base
How historically accurate is it? Superglue. Polyester. Modern jewellery components. But it's simple and small, so not so jarring; and the second one is handsewn. Using The Dreamstress' criterium of "would a historical person recognise it for what it is?", I think it passes.
Hours to complete: Minutes till the glue dried for the first one, maybe an hour or so for the second one (I made it in two sittings, so I don't remember anymore).
First worn: not yet
Total cost: I forgot. And I bought the components together with others and the bill never tells which price was for what, so I can't look it up. But it can't have been much, all in all. The ribbons, button and felt were from stash; otherwise, they would probably be the pricier part of it.
Vystavil Hana - Marmota v 15:40