Blog awards and Sewing with Cats

Warning: a very long post ahead! It took much longer to write than I planned...

I've been awarded a blog award; actually, two linked blog awards from two people, Lady Katza of Peanut Butter Macramé and Becky of Sew and So.  Thank you both; I hope you enjoyed yours, because you both deserve it. 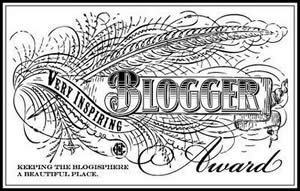 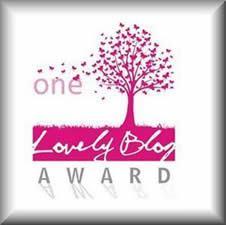 The rules alternate between the two blogs, so I decided to go with this (somewhat my own) set:


The 7 things about me? I like Becky's approach of "crafty confessions"; but I also realised there are several things about my blog and my online personality that never got explained here. So it's a mix.

- My profile picture / avatar? That's me standing on the shore of a lake in Ignalina, Lithuania, back in 2006, as photographed by my sister.
(Yes, Ignalina's famous for the nuclear power plant, and that's what you're most likely to find if you search for it, but the plant is actually still a long way away from Ignalina, in a completely different town, Visaginas - it's just Soviet-time secrecy. And Ignalina and it's surroundings is a most pleasant place to stay if you're into lakes and nature. But I digress.)
I really liked it as an avatar picture, because it showed me without showing me. It just shows my long hair, and my ever growing penchant for wearing things on my head, and the colours are very much me. I still like it as an avatar picture, because it's not so susceptible to change: it's 2013 now, and it still works. 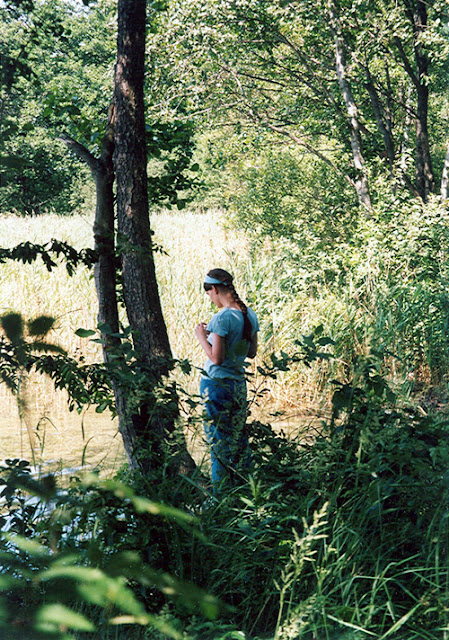 - My header picture? That is (was) a small piece of fabric of mysterious origins in my stash; one of those pieces I very much regretted, and still regret, not having more of. So I immortalised it as my header. It matched the colours in my profile picture nicely. 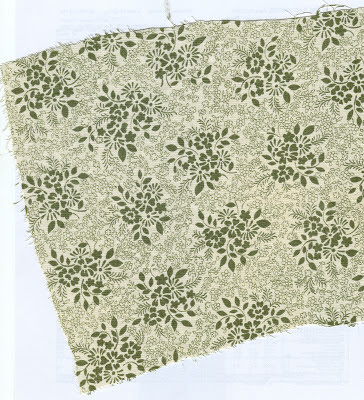 - My nickname / moniker? Marmota? That dates back to a summer camp where I was with one of my sisters; we were divided into two groups with separate programs; the older ones (where my sister ended up) were called Beavers, while we younger ones were called Marmots (or Groundhogs, depending on which part of the Marmota genus you're familiar with). We kept the nicknames afterwards. I'm using Marmota online, instead of the Czech word, because it's more internet- and international-friendly. (Try saying "svišť"! Try saying "Na cvičišti čtyři svišti piští"! :D) 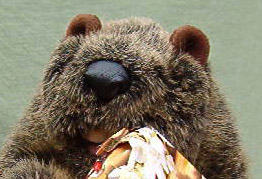 - The first thing I've ever sewed (and I'm sure I've mentioned this before, somewhere but probably not here), was a "top" for one of our dolls when I was about 3. I took a piece of (knit) fabric and made a number of stitches in the middle that scrunched the fabric to such an extent that it somehow stayed put on the doll. I was quite proud of my achievement. And no, I'm not going to show you: I don't think it survived to this day.

- One of the things I loved most at school was making geometric bodies. You know, cubes and such. This I've mentioned before, the turning of a flat pattern into something 3-dimensional. What I did not mention was my very, very brief foray into model-making. On the trip to Austria that photo of my panda teddy was taken on, I also designed a metro unit. Don't ask me why. I only remember it was an exercise in persepective-drawing, and I suspect my father's love of all thing rail-related was also an influence. When we came back, I tried to make a paper model of my metro, and more or less failed - not on the pattern-making front, rather because the paper I chose was not sturdy enough, and I think I just glued it with sticky tape...

- Mom taught me the basics of knitting, and the basics of crocheting. The first thing I ever knitted was a blanket / sweater for a rubber weasel toy that happened to be Russian in origin and have a price tag pressed into its side (hello, centrally planned economy!). The first thing I ever crocheted must have been a plain string, which, of course, also adorned a toy. (And I find this fitting; apparently, knitting was more my thing from the start.) After mom taught me the basics, she very wisely gave me a knitting booklet and let me figure out the rest on my own. I still do that.

- The other big influence, other than mom and my Wonderful Crafty Grandma, was an art school / course teacher who is more of an artisan than artist, and thanks to whom I realised the same about myself. She did things like weaving and felting with us, and somehow taught me that no inspiration was too small and insignificant. She's one of my real-life heroes. 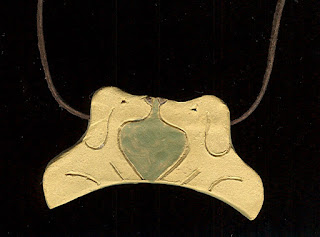 This clay pendant was inspired by a smudge on my worktable.

So now that's off my chest, I can nominate people. :-) People who have lovely blogs and are inspiring bloggers, hmm... If any of them have received the award already - I'm sorry for making it duplicate, and thus taking it away from someone else who could have got it... I hope not, though.

Oona inspired me to be more adventurous with my colours, most notably, and generally has me looking out for things I would not have thought to look out for without her.

Kellie inspired me to be more open about my faith here on this blog, and keeps inspiring me to try and show you beautiful photos, not to mention all the beautiful things she makes and wears.

Lisa Teresa inspired me, among other things, to pick up the wonderful Cadfael series, and to make fish patés, and keeps posting inspirational quotes from books.

Jodi inspired me to look for all the little blessings in my life, and is thus responsible for the Uncountable blessings tag, which just happens to be the most frequently used tag on this blog now...

Bethany has so many inspiring posts, mostly literature- and life-wise; I don't think I've linked to her before, so go and visit her blog!

Sarah Jane is a prolific costumer who dresses her own family, and incorporates her historical clothing into her everyday wear, which I think makes her the first, or one of the first, who inspired me to do so.

I also got the Premio Award from Lady Katza; it's an "award" that has you thank the last nine people who commented on your blog. I like that very much. 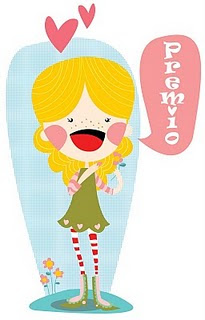 StephC
MrsC (Maryanne)
The Dreamstress
Liz Buchroeder (who only left one comment and seems not to have a blog, but here's a thank you anyway)
Kellie
Oonaballoona
Lady Katza
Becky
Lisa Teresa

Thank you, ladies! Thank you very much.


And last but not least, there's the Sewing with Cats Blog Award. 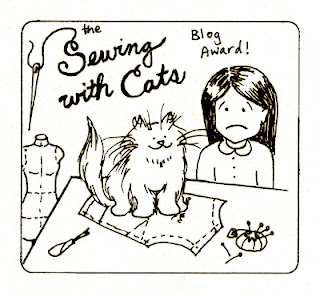 It's a blog award created by Cindy of Cation Designs, with the very clever rule that you can award it even though you have not been awarded yourself.

I'm definitely sewing with cats, plural. Nobody's given me the blog award, but that's OK. I just want to bestow it on others who sew with cats.

1) You don't even need to thank the person/cat who gave it to you. Heck, give it to yourself if you sew with a cat and I don't know you/it. Reason for this being, cats realize they are superior beings and never deign to thank you even if you've been scritching their ears for an hour and your arm feels like it's going to fall off.

2)  Nominate an arbitrary amount of people for this award. Tell them about it if you wish. Or don't wish. Or wish for five minutes, then suddenly TURN AROUND AND SNAP AND NO I DON'T WANT TO BE SCRITCHED ANYMORE.

3) Answer as many of the following questions as you wish on your blog:

So, that's the very arbitrary set of rules Cindy set up. And now my nominees:

Kellie, who apparently sews with Mildred, and actually manages to make things to sell with Mildred around.

Lady Katza, who apparently sews with Manga and BaiLong (I hope I got them right), and whose internet monicker always reminds me of cats, via German.

Lisa Teresa, who sews (and knits, and does other creative things) with Dolly and Henry.

Stephanie Ann, whose kitty Coal is somewhat hidden in the blog (apparently, he does not live with her personally), but must be there somewhere behind the scenes all the time...

Kestrel, who sews with Tilda and Dot.

And yes, if you read my blog, or I read yours, and you sew with a cat and I don't know, or forgot, feel free to grab this award and bestow it on others!

As far as my helpful feline assistants are concerned...

It started out with Bisha and her sister Lisha; when we got them, I wasn't really sewing yet, but Bisha grew into a very helpful assistant all the same. She was particularly fond of sitting/lying on the book or magazine I was reading, and I'm quite sure sewing material was involved as well at some point. 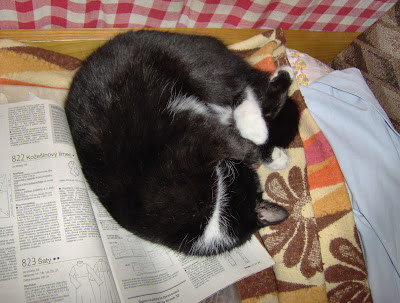 Indeed: here she is lying on a Burda magazine, the one I made my graduation ball dress from...

Then came Yksi and Kaksi. These two started out as outdoor cats, born outdoors and shy of us; but they both got used to the comforts of indoors happily enough; especially Yksi who's become the Penetrator (though she no longer uses that particular trick), and who has taught me that a project and a fabric has to be cat-approved first. As the Little Black Dress was. Since the Little Black Dress is a success, I submit to cat-approving. 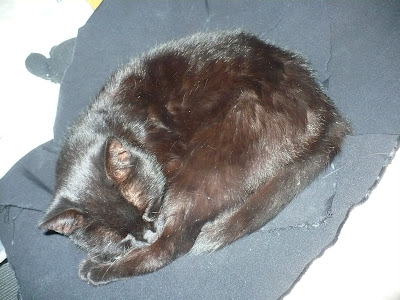 The time elapsed always depends on whether she's in or out, but if she's in, and the fabric is in an accessible place, you can count on her ending up there sooner or later.

Now, the last generation. Kolme turned out to be a tomcat, and has since gone to live with a friend, but we're stuck with his siblings:

- the all-adorable explorer Neljä (starting to go by the Estonian variant of her name, Neli) who to her infinite misfortune despises cuddling; she's earned the nickname Jet-Cat, for the velocity with which she imitates her mother's Penetrating;

- the timid kitten but fierce warrior Viisi, who's become fond of lying on one of my bags with fabrics recently; 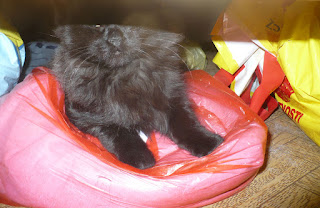 - and their brother Kuusi who is the hairiest cat we've ever had (comparable to Cindy's Walnut) who really likes playing with my scraps, dash him.


Kuusi and Viisi were at first indistinguishable; now Kuusi is much larger and also hairier, but Viisi is still perfectly capable of overcoming him in a fight. As I said, she's a fierce warrior. But timid. No very good photos of these cats, yet.

They have not managed to botch anything really badly yet, but that's definitely in part because I managed to save the burgundy silk from them before they did. I think the worst so far was a pattern, and since I tend to make my own patterns, and use paper from newspaper-ish ads that end up in our mailbox, it was not so bad.

I don't fear that I'd seem like a crazy cat lady; cats are a recognised part of the sewing world. I mostly don't show you pictures of them more often because I don't manage to snap publishable pictures of them so often.

I've wanted to post this graph by The Dreamstress for quite a while now, though. 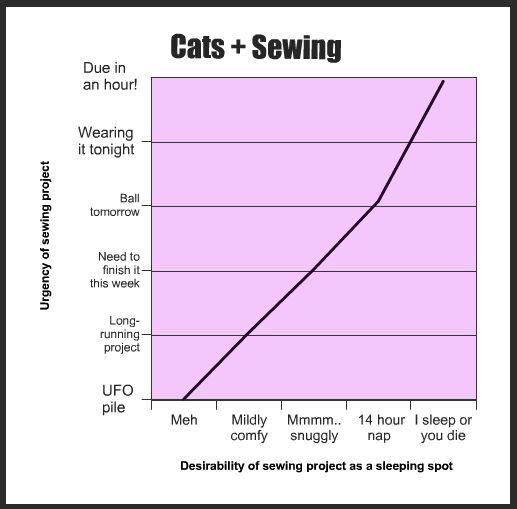