I love celery and I was hoping this could be another celery staple. But it did not turn out so well, so I'll have to keep looking. 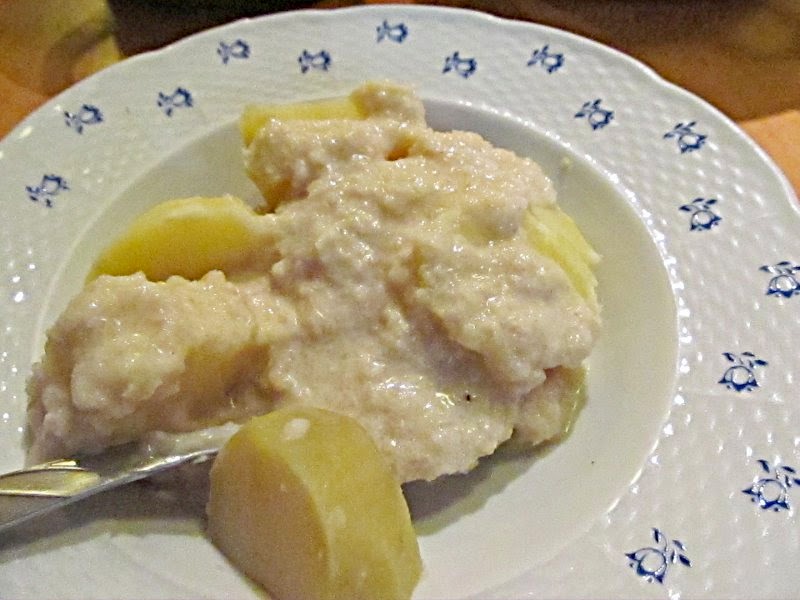 I mean, it turned out okay in the end and the taste was quite good, but it was too much work and confusion for a meal that was way too simple and not-so-filling for all that work.

As I mentioned in my previous post, it already started with the fact that the recipe was quite confusing.

Half a large, cleaned-up celery we grate on a rough grater and let it boil in water mixed with soup until it is like a mash. (We use so much water, how much sauce we need, about 1/2-3/4 liter. We add then 3 spoons of sour cream, a spoon of flour, thicken the sauce with it, spice with a pinch of mace (if we do not have cream, we put in regular roux), let boil, so that the sauce is appropriately thick, we sieve it and serve with potatoes. We taste it, maybe add salt, or if we want to have it more savoury, we mix a teaspoon of Zátek's mustard into it.


Translation as close as possible. Including the one missing bracket.

Points of contention, as they came up during my preparation and cooking:


So it came to ten points, and a list much longer than the recipe itself. A bit Not Good.

And there are even more points of contention for inexperienced cooks in the original that do not quite come across in the translation. Namely, the word for mace that is used is "květ" - "bloom", because the full Czech name for mace is "muškátový květ" (I won't try to translate that). It's a spice that is almost never used nowadays. My sister had no idea what it meant. I only did because I've been immersed in old cookbooks longer.
Plus, the word for "pinch" used is also no longer used nowadays. More confusion for my sister. 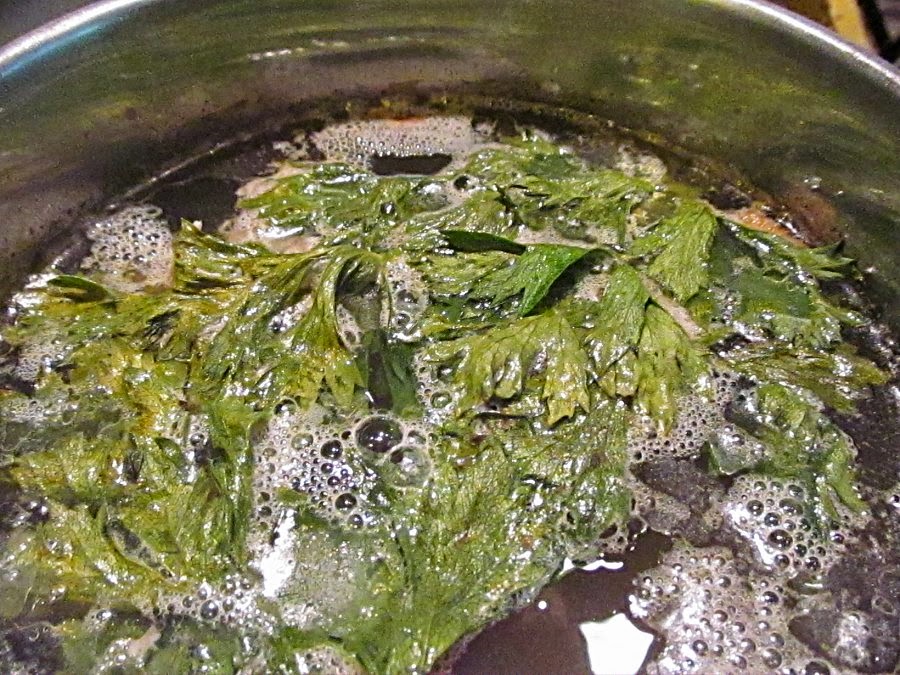 The celeries came with leaves, so I added some to the stock.
I did salt the sauce to begin with, I think, and definitely tasted it before serving.

I think that pretty much covers "how I made it". It was okay-ish, but after this one attempt, I was really, really fed up with this recipe (so much so that I could not bring myself to finish the remaining sauce and write it up). All that trouble for something that just goes on top of potatoes; for that, I can easily just use quark/curds as usual. Add cream if I want a more saucy texture. Mix it with something if I want a more interesting taste. Much easier, and still more filling, too.
And now I understand why you'll never, ever see celery sauce cooked in the Czech Republic nowadays. It's clearly a recipe that could not and did not catch on.


The Challenge: #2 Soups and Sauces


The Date/Year and Region: 1920s Czechoslovakia


How Did You Make It: see above


Time to Complete: I did not really keep track (I never do, even when I try), but it was definitely in the realm of hours. And definitely more than two. It was meant to be lunch and turned into supper. You have to make the stock first, and then it took forever to cook it into an acceptable mash.


Total Cost: I don't remember anymore, but I think the fairly low cost (and using the rest of the stock for actual soup) was about the only good thing about it. Neither chicken bones for stock nor celery are too expensive - the bones were 16 CZK, if I remember correctly.


How Successful Was It?: Blah. Taste okay, the rest not okay. Never again.
How Accurate Is It?: I can't really tell because I have no idea what it was supposed to be like. I followed the recipe as closely as I could (except for the grating and sieving). So I suppose it's accurate in not being successful...
Vystavil Hana - Marmota v 12:14