The Doctor Who Blog Party!

I am almost too late for this; I lost track of time, what with visiting Porta Coeli and reading Emma for school... (yay!) But here it is, anyway!

1) If you decided to name your first born child after any Doctor Who character, male or female, who would it be?

Well, there is that little problem of the companions being British and me being Czech… I’ll go with Mickey. I love the name Michael, and I like Mickey Smith. He grows from the bumbler he is in Rose, through the “tin dog“ stage (sorry, Mickey), into a hero.

2) What is your favourite colour of the Doctor's shoes?

Not very surprisingly, I love the red ones; they clash so wonderfully with the rest of his outfit.
Though I’m also rather fond of Eleven’s non-descriptive ones. Given how he came by his outfit, they make a lot of sense...

3) Look around yourself and name the one thing that is TARDIS blue in your house!

Right now, in my sight, a plastic box that formerly held ice cream and now houses some of my sewing supplies. It would be nice if it were bigger on the inside, come to think of it...

4) If you could pick who plays the Twelfth Doctor which actor would you choose and why?

I first saw him as Colonel Stryker’s sergeant in X-Men 2, a cameo role at best, and I thought, “What is such a handsome man doing there being a minion?” As I said, major crush.

5) The Doctor is going back in time again, which historical era should he visit?

I started with the vague idea that a lot of important things happened in the decade of 1305-1315. Sure enough, they did. William Wallace, William Tell... look up the rest.

My Nr.1 vote for that decade is for the Doctor to go to Moravia in 1306, namely Olomouc, and find out who it was that murdered Wenceslas III, the last Přemyslide Czech king. It remains a mystery to this day. Historical murder mystery! Just the thing for the Doctor.

My Nr.2 vote for the era is the whole Swiss history tied to William Tell.

6) Would you REALLY go with the Doctor in the TARDIS?

I’d peek in. As to going in the TARDIS somewhere else... well, that would depend. On lots of things, like my other current plans, my mood, the place he’d want to take me... whether he’d really want to take me...

7) Who's your favorite Doctor and why?

8) Would you be afraid to spend Christmas in London?

No. Well, not because of aliens, anyway. I prefer to spend Christmas in my own small hometown, though; it’s calmer and nicer on the whole. (Though I would like to visit London one day.)

9) Do you look at an ordinary screwdriver and think 'this could be a bit more sonic?'

I used not to, but recently I was cleaning my sewing machine, screwing away the feed dogs cover (or whateveritscalled), and sure enough, I looked at my little screwdriver and saw how fiddly it was, even what with being a better screwdriver than the one that came with Ema originally, and thought it would be so much easier with a sonic specimen.

10) Angel statues, plastic mannequins, Christmas trees - what ordinary everyday object would you love to make an object of terror to Whovians were you Steven Moffat?

Vending machines. Those things are rather evil already. Namely the tickets vending machine at the train station in my hometown. It ate my money several times. Without giving out a ticket, I mean.

11) The TARDIS lands in your garden and the Doctor steps out. What is the first thing you say to him?

I’d probably just stare.
Or rush out with a camera (ha, ha).

Maybe something like “Hey, this is our garden! Go crush somebody else’s mint!”
Not very companion-worthy, eh? I’m rather partial to the mint. I bought the plant myself.

12) Who is your favourite actor who has played the Doctor so far and why?

Again, obviously, David Tennant (though I’ve only seen the last three Doctors so far). It’s definitely also because he played the Doctor for so long, so we really got to know him... but he got to play the Doctor for so long because he was so good at it! He gives him heart, and a depth, and he’s a lot of fun to watch! And I like his voice, too, the way he says things.

13) Have you seen any Classic Doctor Who? If so, which Doctor/episode(s) is your favorite?

Not yet. Want to!

14) Which are the creepiest, scariest and all-out meanest baddies in all the Who-niverse?

I have to agree with Natasha, the Silence are creepy... and after all they can do to you, you cannot even remember them. Eeek!
Though Cybermen scare me a lot, see below.

15) Who is/are your favorite Companion(s) and why?

Donna Noble. Very narrowly, I have to say; I like all of them, I think. I mostly like Donna because her and the Doctor are so much fun (that miming scene when they meet again was totally hilarious). And she rocks that 1920s dress, with a decidedly non-1920s figure, giving all non-planky women the hope of being able to do the same if we want to. :D (Hey, this is a Dress Diaries.) And because she really comes into her own with the Doctor; what happened to her – not being able to remain who she has become, not being able to retain any of it – was really terrible.

16) Did you cry more watching Doomsday or The Angels Take Manhattan?

I haven’t seen The Angels Take Manhattan yet myself, either. As for Doomsday... don’t make me think about it.

17) What is your favourite quote from the show?

Probably “It’s a thing in progress. Respect the thing.” It kind of sums up my own creative processes. :D

18) Which Doctor (including all previous regenerations) would you most like to be the companion of, and why?

Even though I like watching Ten so much, I think I’d prefer Nine in real life. Eleven would go waaay over my head.

19) Which of the following are you more scared of, the Daleks, Cybermen, or the Weeping Angels?

The Angels scare me on screen... and the idea of not exactly being able to escape them and not being able to afford losing them from sight...

Though the idea of Cybermen, previously human, making humans into their kind... with the idea of bettering them by doing that... that’s actually a fairly real-world sort of creepy. *shudder* And painful, too.

20) Who are some of your favourite guest stars in the series?

Zoe Wannamaker as Cassandra. I love Zoe Wannamaker; she’s so versatile. I didn’t even realise it was her until I saw her in close-up in New Earth!

But I think I have yet to see an actor on Doctor Who whom I would not like on the show. It’s that good.

21) What was your first experience with Doctor Who and how did you hear about the series?

I think I first learned of its existence through some costuming sites; and saw some costumes from the Classic Doctor Who on some auction site. (One of them was Five’s outfit, which I love, BTW.)

Then I read about the new Doctor Who on Neil Gaiman’s blog, and was mildly intrigued. Then more intrigued. And more. It started popping up everywhere, so I think I even saw some videos on YouTube...

Then I simply started watching it. Well, simply... for some reason, I started with Season 3, so my first Companion was Martha Jones, and kind of still is, sorry, Rose-lovers. I loved the Doctor’s quirkiness, but if it weren’t for Shakespeare Code (which contains Renaissance literature and Harry Potter – I cried, too, Doctor), I may have been put off by the blood-sucking alien of Smith and Jones... The blood-sucking Miss-Marple-style-adorable old lady. *shudder*

22) The Ninth Doctor said, 'Fantastic!', Ten said, 'Allons-y', and Eleven says, 'Geronimo'; what would you like to be the signature exclamation of the Twelfth Doctor?

Phew, no idea! Half the fun of it is how they say it anyway! You know, in this setting, you can throw almost anything their way, and they'll turn it into something fabulous.

23) If you were trapped in an episode, which one would it be?

Oh, I bet it would be Don’t Blink. I like old, half-abandoned places myself... I could very much relate to Sally Sparrow in that respect; that house was awesome.

24) Which is your favourite episode with each Doctor (Nine, Ten and Eleven)?

Nine – hard to tell, there are so few of them, and each has something special about it. I guess The End of the World, though I don’t like how Rose and the Doctor spend the large part of that separated (and the Doctor does not care so much yet).

Ten – I have a soft spot for Shakespeare Code, because that’s the episode that sold me on the whole Doctor Who! It’s the episode that kind of encapsulates everything that’s fascinating about Doctor Who for me.
Though there are lots and lots of fantastic episodes with Ten, some of which I also mentioned somewhere above. I won’t try mentioning others, because there are so many of them!

Eleven – Hmm... The Doctor’s Wife, because it’s got Neil Gaiman’s sort of awesomeness in it (and, you know, watching the Doctor argue and converse with... the woman... is fantastic). And Vincent and the Doctor, because it’s got art, and another of my favourite quotes: “Is this how time normally passes? Reeaally slowlyy... in the right order.” 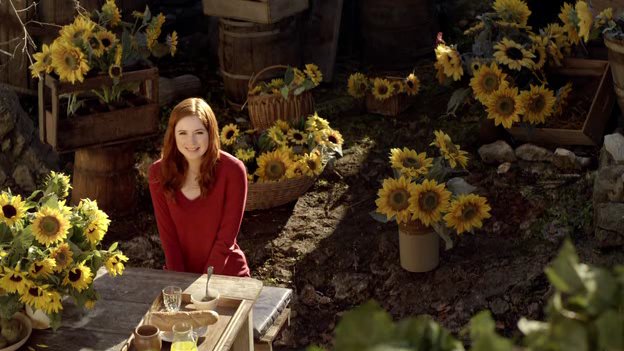 Oh, and I also love the fez. How can anyone not love the fez? The fez and the mop; it’s so hilariously random, and hilarious randomness is one of the best things about this Doctor!

25) After watching a certain Doctor Who episode, did you summon up the courage to try fish sticks and custard?

No. Custard did not much agree with me on its own (lemon custard, that is), so I dread to think what that combination would do to me! And ladies (and gentlemen), it’s fish fingers!

Štítky: About me, Blog events, Doctor Who, Films